Elon and Donald Might Skip Traditional PR, But It Matters Now More Than Ever 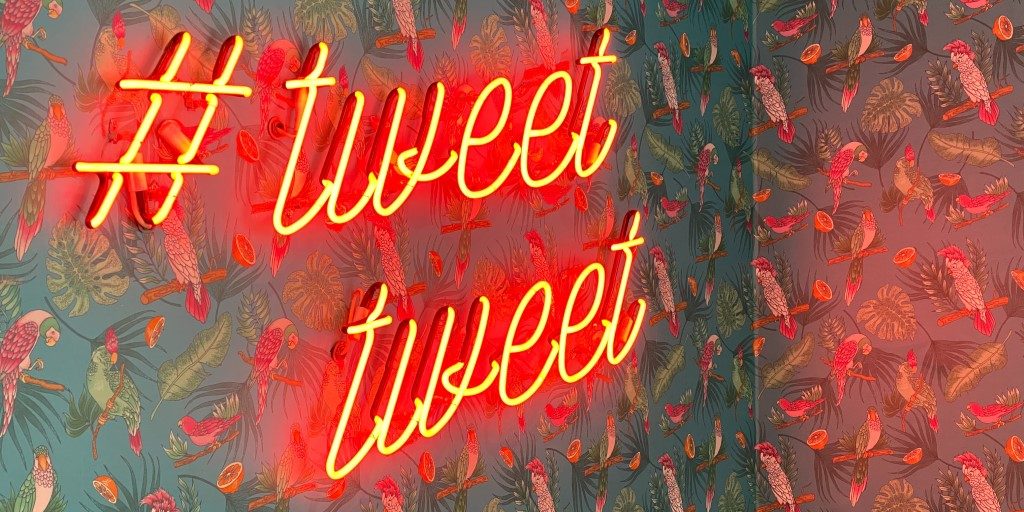 Technology is forcing an astronomic rate of change at an unprecedented level across all communication forms, and today marks the most prolific time for information exchange in human history. Newspapers remained prominent for nearly two centuries before radio entered the picture commercially, around the turn of the 20th century. The rise of radio changed everything, and more technology advancements brought us television, and rapidly the personal computer, smartphone, and Twitter across the next hundred years. Each platform’s useful lifespan has grown shorter, and the speed at which each of these forms of media reaches the population at large has increased exponentially.

Thus, corporate communications with consumers, government communication with constituents, and how people communicate with each other are also changing. The events of 2020 have forced society to grapple with change in ways that likely would not have occurred naturally over such a compressed period.

The background of what’s occurring worldwide brings us to the role of public relations in today’s media-saturated world. It is interesting to note that the President of the United States doesn’t have a political or public service background, but he used the media — with significant effect — to amplify his message on his way to winning the 2016 election and continues to use it today.

At the beginning of his term, he had a Communications Director. Seven different people have held that position in less than four years, with none of them lasting a full year; today, the job is empty and has been for several months. Instead, most of the information disseminated by the administration comes via the President’s Twitter feed. It is no secret that President Trump has a unique communication style and prefers to be unfiltered. Some people love it, and some people hate it.

He — and everyone else — is living in the immediate moment.

People want content, and they want it immediately. People want sushi, so they want to be able to hop on DoorDash and have it show up in 20 minutes. Or a ride to the airport. Enter Uber. Technology has enabled these advances, and it’s done so at a blistering pace.

Along the same lines of the president’s strategy, we have the communications style employed by Elon Musk. As one of the world’s most powerful men, Musk moves markets with his online interactions. He’s been slapped by the SEC for speaking out of turn and doesn’t behave like a traditional CEO.

Musk believes in himself and the ability he has to bring people together to pursue a common cause. Perhaps more so than any CEO in recent memory. Start an all-new car company from scratch utilizing modern technology and abandoning the traditional dealership model while selling direct-to-consumer? Check. Pioneer privately-owned spacecraft and develop ways to minimize costs by re-using the launch rockets? Check. Found a tunnel-boring company that promises to rethink transportation strategies and a health technology corporation to treat severe brain disease? Check.

It’s clear he’s not a fan of doing things a certain way because that’s how they’ve always been done.

His strategy concerning communications — especially for Tesla— mirrors the overarching strategy he’s used across his businesses and is close to the concept used by President Trump. Musk doesn’t employ any PR people to communicate with external journalists and, subsequently, the public; instead, he speaks to the public directly, extolling the virtues of Tesla’s products and taking the middleman out of the picture entirely. His strategy of heavy Twitter use and other public-eye visibility is not without its missteps (see the unorthodox Twitter strategy backfire here, along with a “did-that-really-happen” moment). Still, overall, he’s been more successful than not. You’d be hard-pressed to find a human in the developed world who is unaware of Elon Musk — just as you likely can’t find someone who doesn’t know the name Donald Trump.

The authenticity displayed by Musk and Trump has trickled down into the mainstream; let’s say you’re one of the world’s foremost collectors of Air Jordan sneakers, and you want to start a podcast talking about them. You can’t because you can’t buy a microphone right now. The pandemic is changing media consumption, as the trickle-down effect of people responding to this approach is real. People stuck in their houses consume an astounding level of content.

But concerning business communications, marketing communications, PR, or whatever you’d like to call it, the primary consideration to take away from the above discussion is that the strategy employed by Musk and Trump of talking to the nation at large is hazardous for most brands. Musk — for all of his failings — is a brilliant man with eccentric tendencies and likely gets away with making statements that would cripple anyone else from a business perspective. And Trump, because he is an entertainer and salesman at heart, and at the helm of the world’s most-watched bully pulpit, can also say and do things that would end the tenure of an average CEO.

Using professional communicators to cultivate the ideal message your brand wants to project to your customers — whether they are retail, wholesale, or otherwise — is an essential component of business success. Everyone’s trying to sell a product, and the communicator provides the mechanism to do so. On the opposite side of the equation, the communicator can protect you and your company from any potential missteps. Consumers need the media to explain a product or service and create the context to help them make educated decisions. It is the communicator’s job to ensure the information is appropriately conveyed to the end customer, regardless of medium.

Major successful startup businesses, every major consumer products company, the top 10 companies on the Inc. 5000, and many other companies have enjoyed massive business gains over the last two decades. There is one commonality that can be seen throughout the list.

One specific point took these companies from a startup struggling to keep the lights on into successful business territory. That point happened when a major consumer-facing major impact piece, a successful TV commercial, a social media channel that saw explosive growth, or they received a well-placed hit in traditional media. Some of these impacts come from owned media (done in-house). Some of it comes from earned media (a well-placed article extolling the product’s virtues). Some of it is paid media via influencer interactions or similar placements. We covered these three formats and their integrity in an article earlier this year if you’re interested in learning more.

To tie all of this up into a neat little bow for you, the strategy President Trump utilizes of conversing directly “with the people” only works because he’s spent the last four decades promoting himself and his businesses. Go back and watch old Mike Tyson fights from the ‘80s, and what do you see? The Trump Taj Mahal. He’s been branding himself through the media all this time, utilizing their exposure to his benefit. Musk has 20 years of the same, promoting himself since the days of his very first software company, Zip2, which was purchased by Compaq in 1999 for $307 million. He then went on to found X.com, which turned into PayPal. Musk, as the 5th richest person on the planet, has a different set of rules.

Conversely, think about the release of the brand-new Ford Bronco, perhaps the most-hyped vehicle in recent memory from a domestic automaker. Ford Motor Company’s PR team unveiled the vehicles on YouTube with a video narrated by Bryan Cranston of “Breaking Bad” fame and several unique segments on ABC, ESPN, and National Geographic the same evening. By utilizing a targeted public relations effort, and a clear, concise message, Ford Motor Company has received reservations for the new Bronco models that far exceed its expectations and will add somewhere in the neighborhood of $1 billion in profit to the automaker’s bottom line.

General Motors, perhaps seeing the success Ford had with the Bronco’s media buzz, just pulled out all the stops with its new GMC Hummer EV launch. It followed the online strategy Ford used with the Bronco release, then expanded upon that. Buying time during the World Series and “The Voice” broadcasts to put the vehicle in front of as many viewers as possible was wildly successful. Hits on sites like CNBC and Car & Driver followed up in a media blitz designed to tout the vehicle GM is billing as the “world’s first supertruck.”

Service industries can also benefit from strong public relations efforts. With the explosion in recreational vehicle usage, companies like RVShare and Outdoorsy have taken advantage of the boom by utilizing COVID-19-related cleaning strategies and sharing that information in outlets like The New York Times.

It’s essential to keep in mind that even though today Musk and Trump can say and do just about anything they want, they did not always have that same leeway in the public eye. At some stage of the game, a PR team positioned them in the right place to be successful. There is more noise to cut through than ever before, so the job of developing a successful strategy to get your message out to the people is where a well-positioned public relations team is necessary.

It is fundamental to your success.

Quadratec Hosting Hiring Event and Open House for Local Jobseekers in Westchester
May 4, 2022

Petersen Automotive Museum Appoints Juan Gonzalez to its Board of Directors
April 11, 2022
Search Our Blog
News Categories
Browse by Client
Latest News
Sign up for Updates
Go to Top