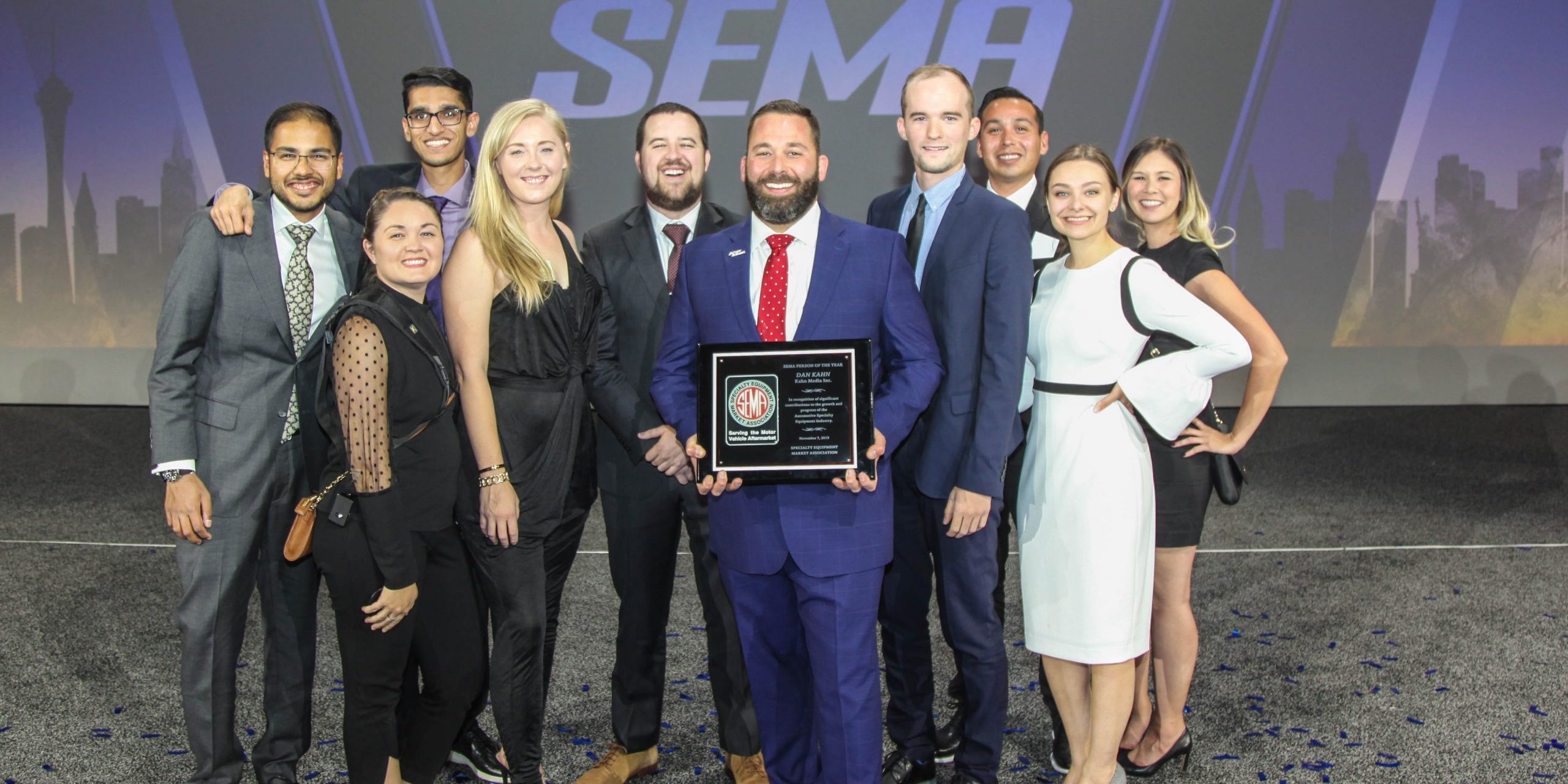 Awarded to individuals who have been of tremendous service and made contributions to the industry in advancing the success of the entire marketplace, “SEMA Person of the Year” stands as the most prestigious award presented at the annual SEMA Show, the largest automotive industry trade show in the world and the largest gathering of small businesses in the United States.

“I’m incredibly honored to have been named ‘SEMA Person of the Year,’” said Dan Kahn, founder and CEO of Kahn Media. “I’ve been involved in the aftermarket industry and SEMA for nearly two decades; to be recognized by the association and my peers was both unexpected and deeply humbling. The automotive industry has given me countless opportunities, friendships and partnerships over the years and I will proudly continue to serve as a volunteer, giving back where I can. This has been one of the highlights of my career.”

Dan Kahn founded Kahn Media in 2008 and as the agency continues to grow and expand its range of services from PR to digital marketing and creative services, it represents some of the auto industry’s top brands. Kahn serves as a SEMA Board Member, volunteers on the SEMA Youth Engagement Task Force, is the chairman of the SEMA Communications Task Force and is an active volunteer and leader in the industry. In addition, Kahn also serves as the Chairman of the SEMA Show Committee, advocating for all SEMA Show attendees and participating vendors.

The “SEMA Person of the Year” award comes at the tail end of a fruitful year for Kahn Media, as the agency was also named one of the 5000 fastest growing companies in America by Inc. Magazine for the second consecutive year, one of the fastest growing agencies in the world by AdWeek, and the #1 agency in the region by the San Fernando Valley Business Journal.