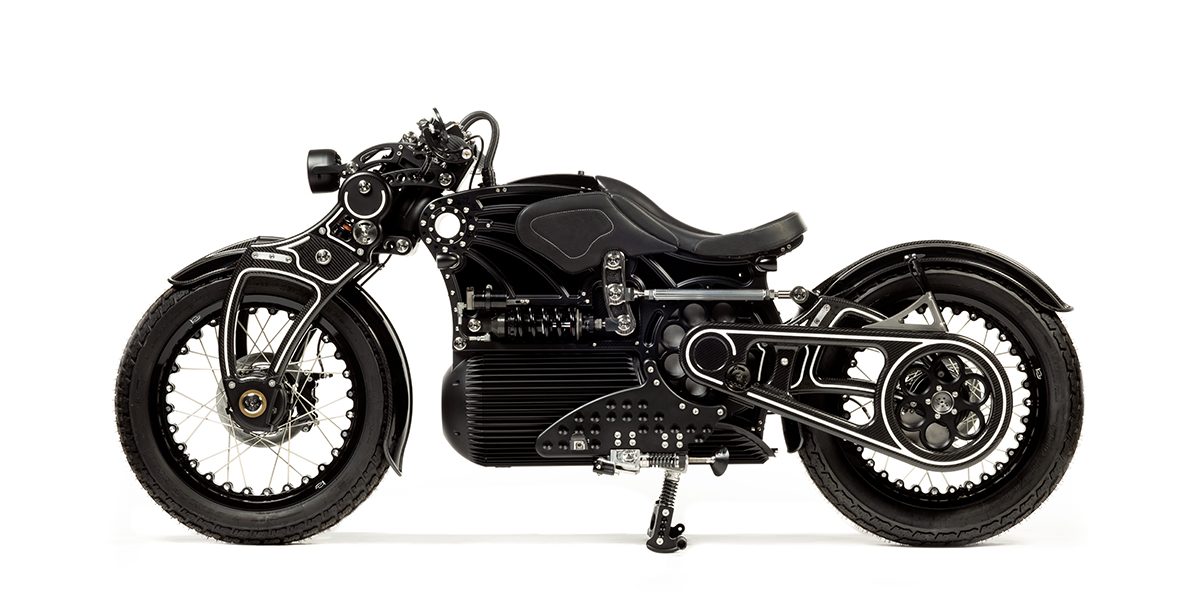 Titled “The Opposite of Death,” the documentary highlights the revival of the Curtiss marque and its journey to create the ultimate motorcycling experience with the Curtiss 1

New Orleans, La. (June 24, 2022) – Curtiss Motorcycle Co. has announced the debut of “The Opposite of Death,” a documentary chronicling the brand’s historical significance and the innovative processes involved with creating The 1, the first bespoke two-wheeled electric motorcycle in history designed and built from the ground up. Produced and directed by Gareth Maxwell Roberts, the documentary will be released on June 29 on Curtiss Motorcycle’s website and YouTube channel for fans and customers to watch for free.

“The Opposite of Death” will bring motoring enthusiasts of all backgrounds to Curtiss Motorcycle’s headquarters and the roads of New Orleans for a detailed account as to what makes The 1 an original, sustainable and everlasting motorcycle. Adding their commentary and insight to the documentary are Roberts, Founder and CEO Matt Chambers, The 1’s Lead Designer JT Nesbitt, Design Engineer Vinay Valleru and Designer and Strategist Jordan Cornille.

“We’re ecstatic that The 1’s journey is documented on film and captures the passion of the Curtiss team,” said Chambers. “Everyone who watches ‘The Opposite of Death’ is invited to share in the triumph of this history-making creation.”

The 1 contains a patent-pending Centered Power Axis, which stabilizes the motorcycle and yields a smooth and balanced riding experience, and an industry-first, immersion-cooled Curtiss Hex Pack battery solution that alleviates all heat generated and provides insulation, optimizing the rider’s safety in the process. Combined with an axial flux electric powertrain, billet aluminum, titanium and carbon-fiber state-of-the-art monocoque, and a fully-adjustable multi-link suspension system, The 1 is a fully bespoke motorcycle that can last generations of prolonged riding and whose functionality will not acquiesce to obsolescence.

The first production-intent prototype of The 1 is on display in the “Electric Revolutionaries: Designers at the Edge” exhibit at the Petersen Automotive Museum in Los Angeles, California, through February 2023. The 1 is available for pre-order exclusively on Curtiss’ website, with the initial rollout scheduled for June 2023.

For more information about “The Opposite of Death” and The 1, visit CurtissMotorcycles.com.

Curtiss Motorcycle Co. Inc. (CMOT) is on a mission to lead a new age of true sustainability through the innovation and design of the world’s best and finest electric vehicles crafted to last forever. CMOT is a publicly-traded stock. For more information, visit curtissmotorcycles.com.