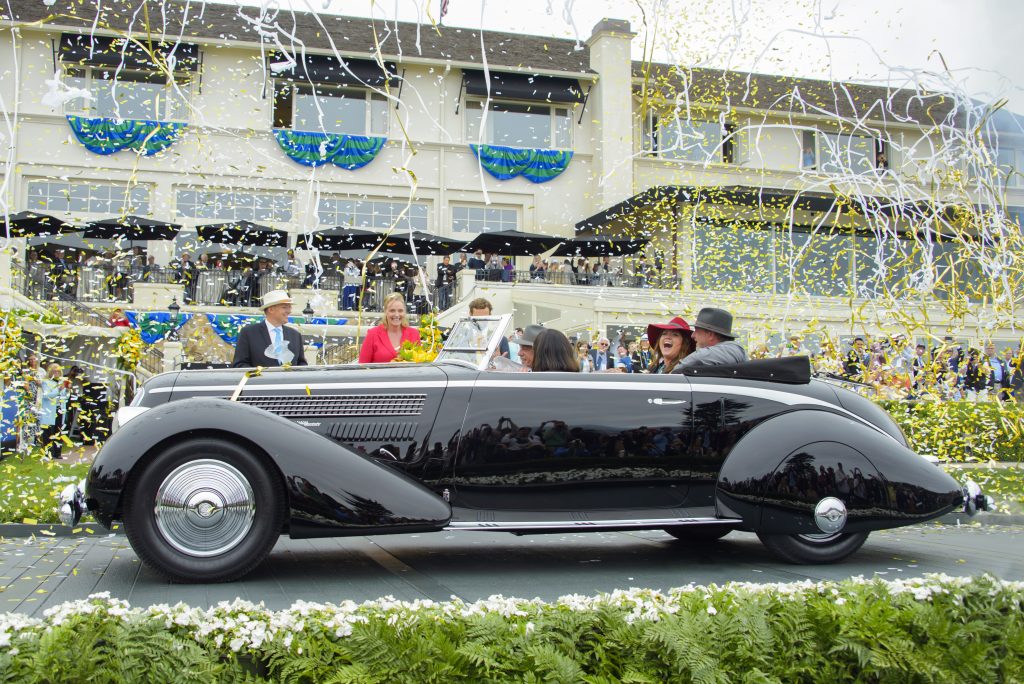 Coker Tire-equipped classics took home Best of Show and 15 Best in Class wins out of 26 classes, with 77 out of the 110 cars in pre-war classes riding on Coker Tires, at the prestigious Pebble Beach Concours d’Elegance.

Chattanooga, TN. (August, 2016) – The Pebble Beach Concours d’Elegance is one of the most prestigious car shows in the world – so much so, attendees fly across the globe just to attend the event. The Concours is the perfect event to cap off a spectacular and eventful week filled with the finest collector cars in the world. Coker Tire is proud to announce that half of the field of 205 entries of the Pebble Beach Concours were equipped with period-correct Coker Tires, including 77 out of 110 cars in the pre-war classes, 15 First in Class winners out of the 26 classes, seven Special Awards winners, and the Best in Show winner 1936 Lancia Astura Pininfarina Cabriolet.

Once a year, 200 of the most prized collector cars in the world roll onto the 18th fairway at Pebble Beach and set the stage for one of the most competitive events in the automotive world. Every single detail from the wheels and tires, to the authenticity of the interior is thoroughly studied as the vehicles in this show are judged for historical accuracy, technical merit, and style. The collectors vying to take home a coveted trophy at Pebble Beach pay meticulous attention to the details when it comes to their show cars and know the importance of investing in the historically accurate tires produced by Coker Tires.

“We couldn’t be more thrilled that an overwhelming number of cars on display at the Pebble Beach Concours d’Elegance are equipped with Coker Tires,” said Wade Kawasaki, President and COO of Coker Tire. “To show at Pebble Beach is a great honor and the fact that the collector car owners that pay attention to every single detail chose to equip their world-class cars with Coker Tires speaks volumes.”

The esteemed Best of Show award went to a magnificent 1936 Lancia Astura Pininfarina Cabriolet equipped with Coker Tires. This Italian beauty was once owned by rock star Eric Clapton and was revitalized in 1962 on Italian coachbuilder Pininfarina’s dime. The car also took the special award for Most Elegant Convertible. Notable features of the award-winning vehicle include curved side windows and engraved body trim. A basket woven interior and woodgrain instruments are highlights of the cabin. In addition to the Best of Show Lancia Astura, many other First in Class winning cars were wearing historically accurate tires from Coker including a 1937 Dusenberg SJ Bonham and Schwartz convertible coupe, a 1921 Rolls-Royce Silver Ghost Brunn and Company Phaeton, a 1937 Bugatti Type 57S Gangloff coupe and a 1957 Ferrari 250 GT Scaglietti Spyder California Prototype.

Coker was the tire of choice for many of the competing cars on the faraway and dominated many of the classes. Seven out of eight of the cars in the A-1 Antique Open class were equipped with Cokers as well as all nine of the C-1 American Classic Open class cars, all seven of the competing cars in the K-2 Delahaye Postwar class and even the special V Two Man Indianapolis Race Cars 1930-1937 class touted nine out of 10 cars on Coker Tires.

For more information on Coker Tire and their entire selection of reproduction and period correct tires and wheels, including handmade wooden wheels, please visit www.CokerTire.com.

Coker Tire Company, Inc. based in Chattanooga, Tennessee, is the world’s largest supplier of collector vehicle tires, with distributors in more than 30 countries. For more information, to request a catalog or to place an order, call (800) 251-6336 or visit the Web site at www.CokerTire.com. 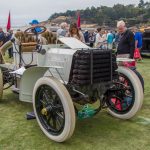 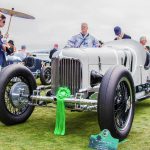 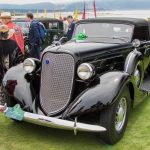