Clash of America’s Two-Wheeled Titans at the Petersen 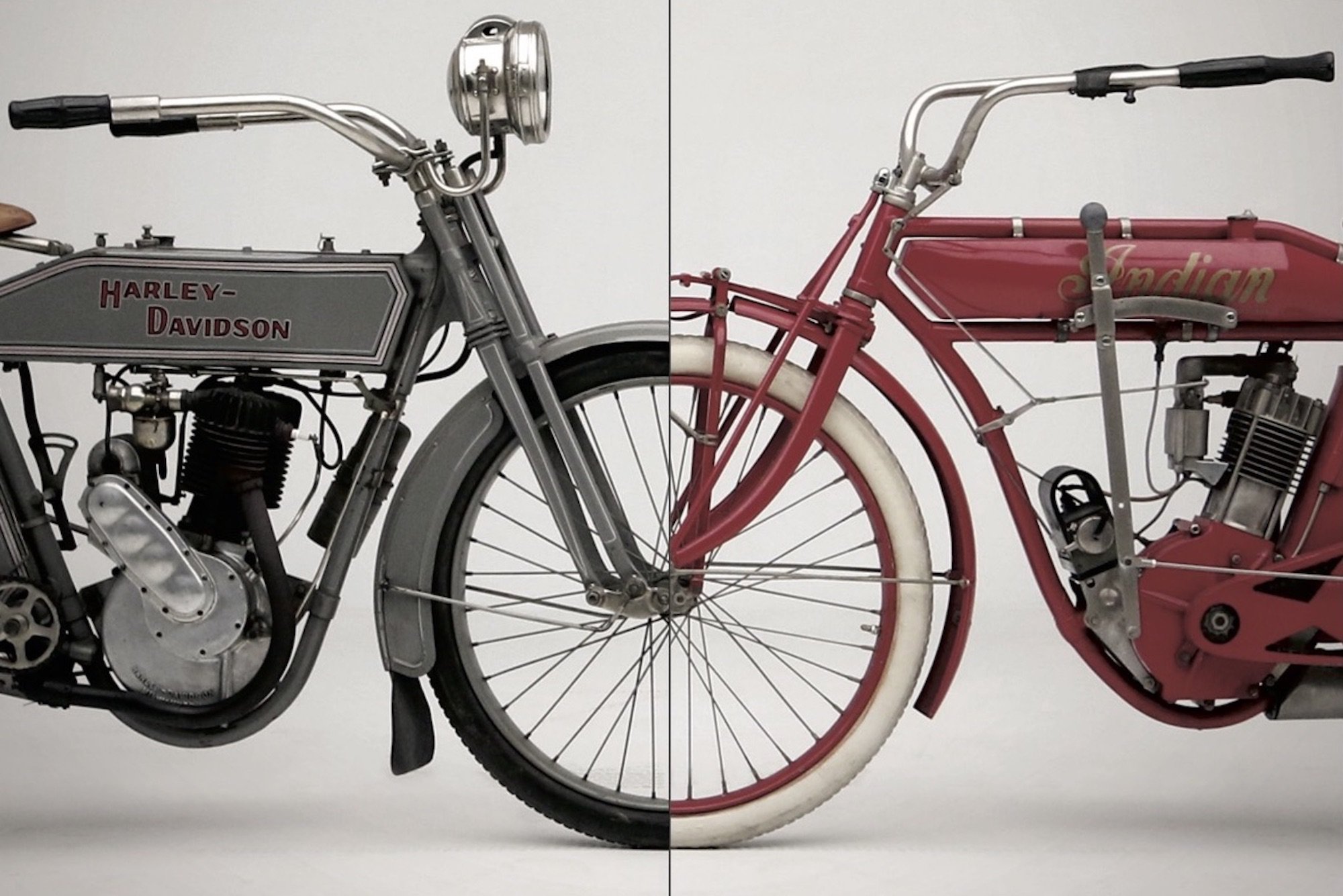 The Petersen Automotive Museum is hosting a new exhibit opening on Saturday, March 4th, 2017 which will showcase the rivalry between America’s two greatest motorcycle manufacturers, Harley-Davidson
and Indian.

Los Angeles, Calif. (February 15th, 2017) – The Petersen Automotive Museum is set to unveil its newest exhibition of two-wheeled history: Harley vs. Indian. America’s two most celebrated motorcycle manufacturers have a long-documented rivalry that spans more than a century and has spawned some of the world’s most amazing remarkable motorcycles. The exhibition, presented by Bonnier Corporation, opens to the public in the Richard Varner Family Gallery on Saturday March 4, 2017 and will run through early February 2018. The opening reception for the event will be held on Thursday, March 2, 2017.

The Harley vs. Indian exhibition will feature racing motorcycles, road motorcycles, scooters, trikes and more from both Harley-Davidson and Indian’s long histories as manufacturers. The exhibit will showcase the incredible similarities and marked differences in the approach of both companies to solving complex mechanical problems. It will also take an in-depth look at the the famous Harley-Davidson and Indian racing rivalry that drove much of their respective technological innovations.

Among the two-wheel works of art on display will be a 1936 Harley Davidson Knucklehead, a 1939 Indian Super Scout, a 1920 Indian Daytona racer, as well as both companies’ modern flat-track racing bikes. The three-wheeled offerings on display will include a 1922 Harley with a period sidecar and a 1936 Indian Dispatch Tow. The exhibition will also feature minibikes and scooters, including a 1948 Indian Stylemaster and a 1963 Harley-Davidson Topper.

“All of us at the museum share a great passion for motorcycles,” said Terry Karges, Executive Director of the Petersen Automotive Museum. “It’s our great pleasure to be able to showcase the history of these two incredible American manufacturers and to educate the public on their contributions to American culture throughout the last century.”

The opening reception for Harley vs. Indian will be held at the museum on March 2, 2017 and will feature KCRW DJ Anthony Valadez as well as speeches by Nevin Pontious from Deus Ex Machina and Petersen board member Richard Varner. Beer and wine will be served along with light refreshments. Advance ticket purchase is required with pricing set at $25 for Petersen members and $35 for non-members.