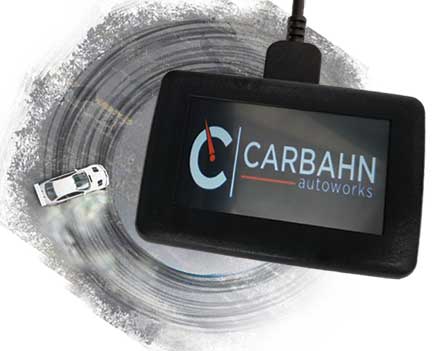 San Jose, Calif. (September, 2018) – CarBahn Autoworks, the latest venture from BMW-tuning legend Steve Dinan, has announced the introduction of a new line of flash tunes for late model BMWs. Each of the available tunes vastly increases horsepower and torque over stock without compromising factory reliability or engine safety features.

The new Stage 1 tunes from CarBahn are available for F8x chassis BMWs (M3/M4), as well as F10, F12, F13 and F06 models (M5, M6 Convertible, M6 Coupe, M6 Gran Coupe), including Competition Package-equipped cars. F8x owners can expect an additional 84 horsepower at the flywheel and an increase of 95 lb-ft of torque, for a total of 550 horsepower and 562 lb-ft of torque from the S55 inline-six. MSRP for the software and tuner is $1750.

For the standard F10, F12, F13, and F06 BMWs, CarBahn’s new Stage 1 flash tunes increase horsepower numbers to 683 horsepower at the flywheel, for an increase of 83 horsepower. Torque numbers jump up 112 lb-ft, giving the S63TU-powered cars 694 lb-ft of torque. An additional F10 tune has been developed for the Competition Package models. This flash tune develops 67 horsepower more than stock and 101 lb-ft for a total of 694 horsepower and 694 lb-ft. of torque. MSRP for the software and tuner is $2,250.

For first-time tuners, the purchase of a flash tuner device is required. This device will store factory settings, read and clear faults and receive software updates from CarBahn Autoworks. The software is loaded onto the device then directly into your car, a simple process that can be done almost anywhere in just half an hour. The software comes with a two-year product warranty. For more information and pricing visit www.carbahnautoworks.com or follow CarBahn on social at Instagram and Facebook.

ABOUT CARBAHN AUTOWORKS:
CarBahn Autoworks is led by Steve Dinan who has a 40+ year history of tuning and maintaining European performance cars. CarBahn Autoworks’ reputation for unmatched technical knowledge and attention to detail builds from a lifetime in the auto service industry. Exceptional service, state-of-the-art diagnostic technology and competitive pricing make CarBahn Autoworks the premier alternative to dealer service for complete BMW, Audi and Mercedes-Benz repair.

ABOUT STEVE DINAN:
Steve Dinan has over 40 years of European Car-tuning experience. As an engine supplier, he has won 3 Prototype racing championships and two overall wins at the 24hrs of Daytona partnering with Chip Ganassi Racing. No one knows more about tuning high-performance engines than Steve Dinan.