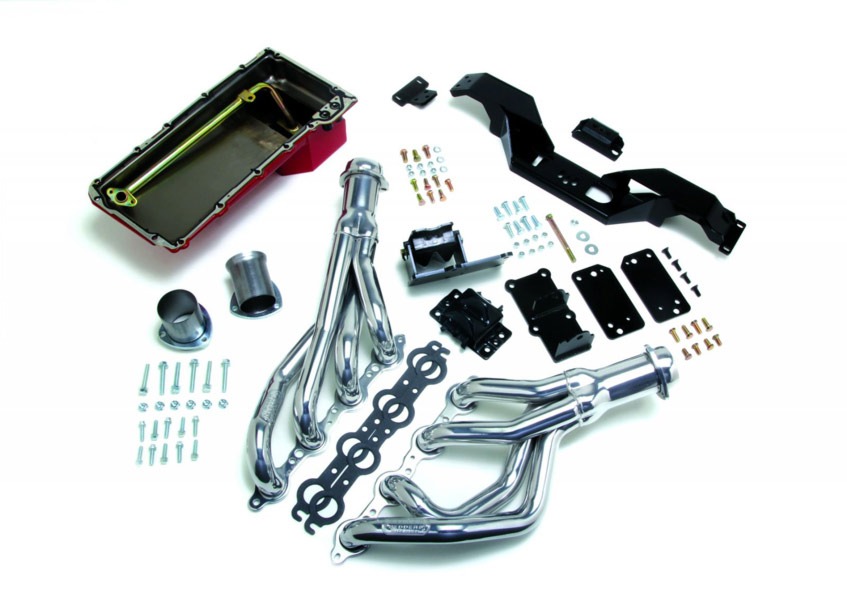 Trans Dapt’s new LS Swap-in-a-Box kit gives you everything you need to transplant a modern LS-engine into your 67-69 or 70-81 GM F-Body.

Whittier, Calif. (June, 2016) –Trans Dapt Performance Products is excited to announce the latest addition to its line of LS Swap-in-a-box kits for first and second generation GM F-Body cars. Made specifically for the 1967-69 Chevrolet Camaro and Pontiac Firebird as well as the 1970-81 Chevrolet Camaro and Pontiac Firebird/Trans-Am, these kits come with everything an enthusiast needs to bolt a modern LS engine into their classic F-Body.

The Camaro and Firebird are some of the most iconic cars of the muscle car era, but the performance of even the largest available engines for these cars pales in comparison to the capabilities of GM’s venerable LS-engine. This becomes even more apparent when looking at the second generation of the car when tightening emissions standards and rising fuel costs dropped the horsepower output to below what the average economy car produces today. Now, with the release of Trans Dapt’s LS Swap-in-a-Box for the Camaro and Firebird, owners can ditch their old, inefficient powerplant and replace it with a modern, lightweight, and powerful LS engine without having to worry about the clearance issues that once made these swaps an expensive and cumbersome task.

This LS / ‘64-67 A-Body Engine-Swap-In-A-Box kit includes a set of Hedman’s Pro-Touring, Mid-Length design LS-Swap headers with 1 3/4-inch primaries and a 3-inch ball/socket style collector. These headers maximize exhaust flow while delivering additional ground clearance for lowered vehicles. The headers in this kit are accompanied by a set of Trans-Dapt motor mounts, transmission specific crossmembers, and Hamburger’s Performance LS swap engine oil pan that positions the pan sump in the rear, eliminating the need to modify the factory crossmember. Hamburger’s also designed its oil pan with a lower profile than the stock LS pan to further enhance ground clearance. The oil pan features two integrated -10 AN fittings to make hooking up the remote mount oil filter a snap.

More than a dozen kits for the 1967-1969 Camaro / Firebird and 1970-1981 Camaro / Firebird / Trans Am are available in a variety of header finish and transmission type combinations. Headers are available factory coated with Hedman’s HTC Silver or new Black-Maxx Black Ceramic finish, as well as uncoated for those with plans of their own. Each kit includes the required header and oil pan gaskets, special oil pan pickup, bolts and header exhaust adapters to easily hook up your headers to the vehicle’s exhaust system. For more information on Trans-Dapt’s LS Swap-in-a-Box Kits, or any of Trans Dapt’s other engine swap products please call (562) 921-0404 or visit www.tdperformance.com.

About Hedman Hedders
Hedman Hedders began as a one man shop in 1954. Bob Hedman, founder of Hedman Hedders, sold his highly sought after exhaust tubes to fellow racers on the dry lakes of the Mojave Desert. In the years since, the Hedman Performance Group has constantly reshaped itself to meet environmental requirements and incorporate computer technology to ensure that its products offer the best performance improvement possible for street, race and off-road vehicles. With the addition of Hamburger’s Performance Products, Trans-Dapt Performance Products and Hedman Husler Hedders, the Hedman Performance Group continues to develop the best performance proven parts in the industry with a focus on making parts in the USA. For more information please visit www.HedmanPerformanceGroup.com 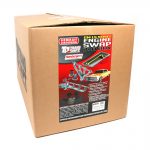 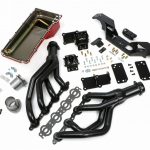 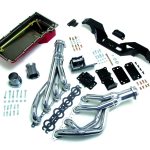