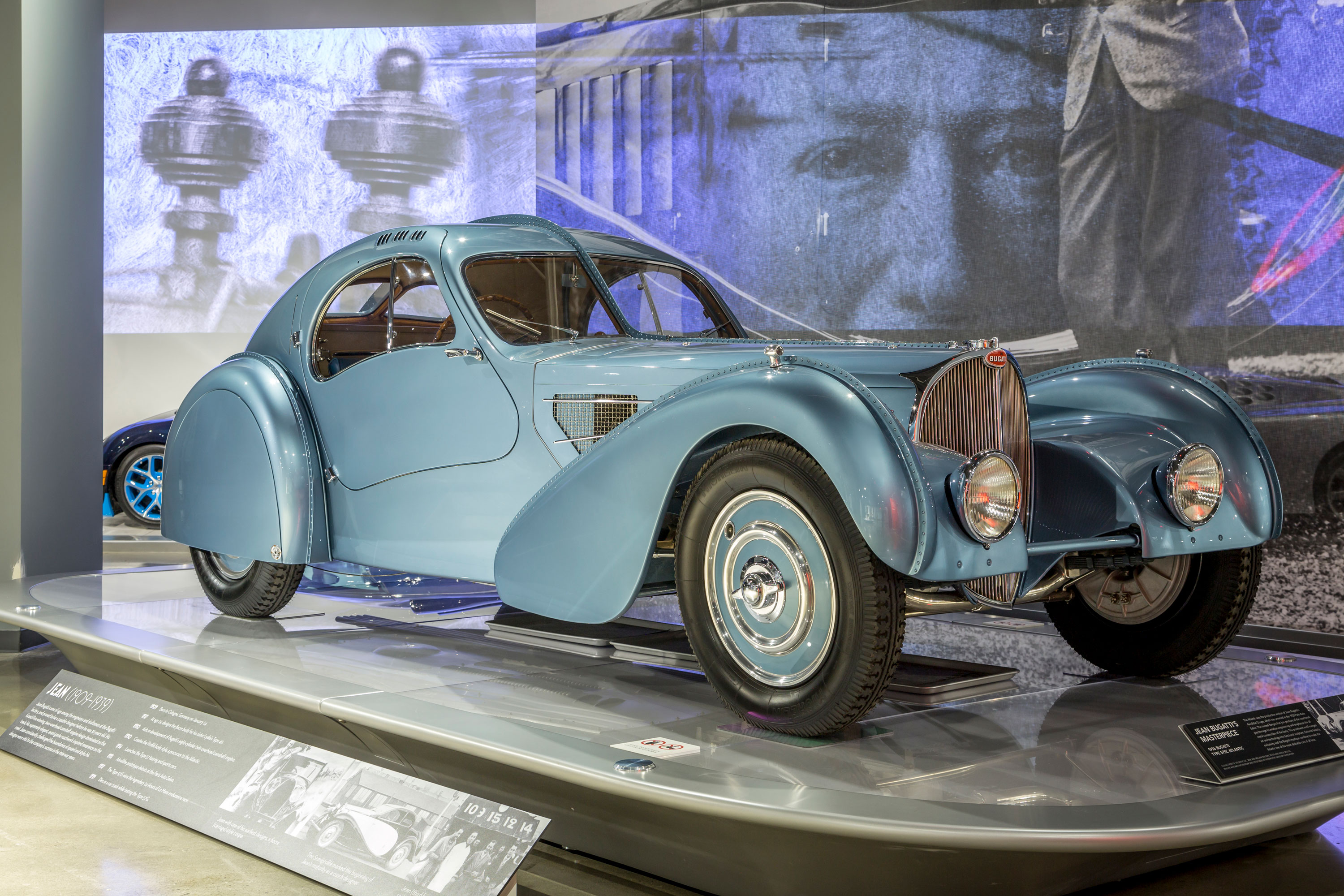 One of the crown jewels of the Mullin Automotive Museum’s collection, its 1936 Bugatti Type 57SC Atlantic, was awarded “Best of Show” on Sunday at the Arizona Concours d’Elegance. The winning car is now on display in the Mullin Grand Salon as part of “The Art of Bugatti” exhibit at the Petersen Automotive Museum.

Oxnard, Calif. (January 19, 2017) – The Mullin Automotive Museum is proud to announce that its Bugatti Type 57SC Atlantic was named “Best of Show” at the Arizona Concours d’Elegance, which took place at the Arizona Biltmore hotel in Phoenix, Arizona on Sunday, January 15, 2017 and served as the opening event of Arizona Car Week. The Bugatti beat out a 1937 Lagonda LG45 Rapide, a 1955 Ferrari 250 Europa bodied by Vignale and a 1933 Marmon V16 convertible coupe.

The Mullin Museum’s Bugatti Type 57SC Atlantic is an incredibly rare car, one of only two examples in existence, and is widely regarded as being one of the world’s most beautiful automobiles. The Atlantic, designed by Jean Bugatti, makes use of many aeronautical styling touches as was the style at the time. The aluminum body and lightweight chassis are propelled by an intricate straight-8 engine which made the Type 57SC one of the fastest cars of its day. This car, which was acquired by the Mullin Museum in 2010 from the estate of Dr. Peter D. Williamson, remains one of the most popular vehicles of the Mullin collection.

“It’s wonderful to be singled out in such an exquisite group of cars,” said Peter Mullin, chairman of the board of directors of the Petersen and founder and chairman of the Mullin Automotive Museum. “The Petersen and Mullin museums are incredibly proud of the Type 57SC Atlantic and we relish the opportunity to take it out and share it with fellow enthusiasts at world class events like the Arizona Concours.”

Now in its fourth year, the Arizona Concours has quickly become one of the premier concours events in the country, whose past winners include the 1935 Duesenberg SJ Special known as the Mormon Meteor. The event kicks off Arizona Car Week and is held on the lawn of the gorgeous Arizona Biltmore hotel. The show featured a highly curated field of 95 cars and all proceeds from the event went to benefit the Make-A-Wish Foundation. In addition to its best of show honors, the Atlantic took home the Cars of Ettore and Jean Bugatti class award.

ABOUT THE MULLIN AUTOMOTIVE MUSEUM