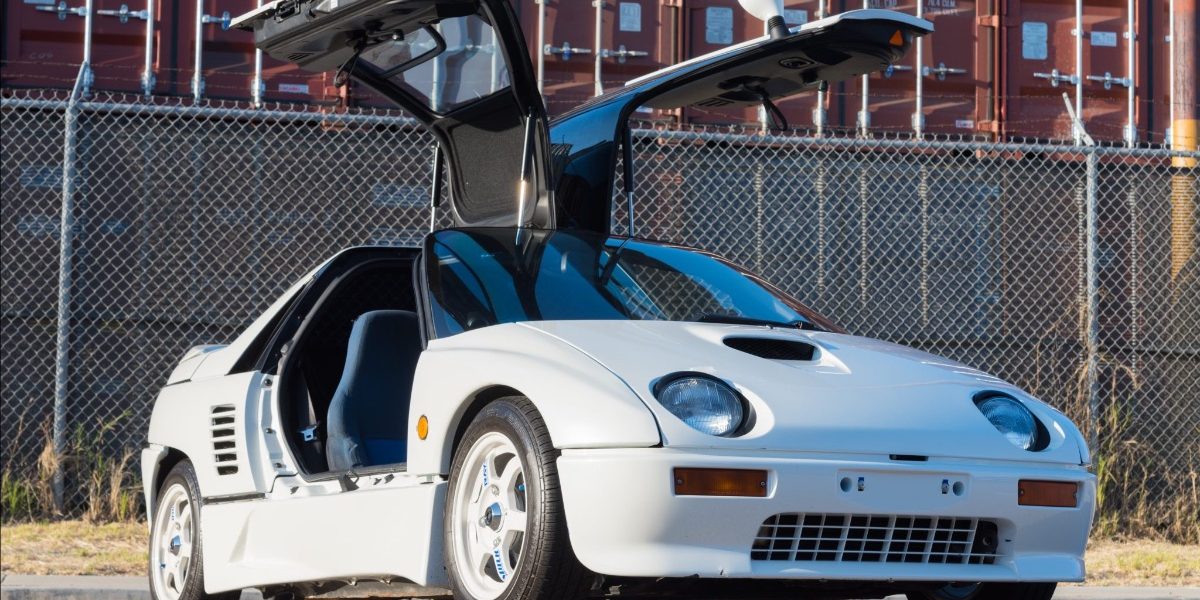 Even with many classic and vintage Japanese sports cars bringing six-digit prices, options for the enthusiast and new collector remain

SAN FRANCISCO, Calif., Feb. 2022 – Japanese sports cars have soared in popularity over the past several years. From the iconic Toyota 2000GT to legends like the Nissan Skyline, Mitsubishi Lancer Evo and Toyota Supra, collectors are paying record-setting prices for clean, original examples. As prices for the most desirable Japanese vintage and classic models have risen, so too have prices for many others deemed less collectible for years.

For enthusiasts and collectors seeking to break into the market at a lower price point, the automotive auction platform and enthusiast community Bring a Trailer (BaT) has created a list of seven Japanese sports cars to watch with clean examples currently selling for less than $20,000.

Autozam AZ-1
Autozam was a subsidiary of Mazda and produced vehicles from 1989 to 1998, with the most notable being the mid-engine AZ-1 gullwing kei coupe. Mazdaspeed versions received a new hood, front splitter and functional rear wing. The mini supercar also got alloy wheels, a limited-slip differential, sportier springs and shocks with strut-tower braces, and a ceramic/stainless-steel muffler.

Datsun 260Z and 280Z
With their classic shape and sonorous inline-six, the 260Z and 280Z succeeded the 240Z and are proper Japanese sports cars with undeniable appeal. Known in Japan as the Nissan Fairlady Z, the Z-cars were designed to go head-to-head with European sports cars and became one of the most successful sports car lines ever produced.

Honda Prelude
The Prelude was a front-wheel-drive sports car that was consistently compared to its rear-wheel-drive contemporaries and proved capable of competing with them. The third- and fifth-generation examples stand out as having timeless styling and excellent driving dynamics, especially the Si versions and models featuring Honda’s famous VTEC engine.

Mazda RX-7
A stylish and unique package put together with just the right amount of Mazda quirkiness, the first-generation RX-7 defined a new type of sports car. Rotary power, excellent proportions and motorsport success helped start a legacy for the Mazda brand.

Mitsubishi Starion
Introduced in 1983 as a replacement for the odd and decidedly un-sporty Sapporo, the Starion was much more of a GT car. It combined luxuries like leather seats, automatic climate control and power accessories with a four-wheel independently suspended, rear-wheel-drive chassis. The Starion was one of the first modern Japanese turbocharged performance automobiles with electronic fuel injection.

Toyota Celica
Introduced at the Tokyo Motor Show in 1970, the Celica was right-sized and well-styled for worldwide appeal. What followed was a seven-generation run of interesting compact coupes, a few exciting convertibles, and many World Rally wins along the way with the Toyota Celica GT-Four.

Toyota MR2
The MR2 was a mid-engine sports car available with a high-revving naturally aspirated or punchy supercharged engine. Originally debuting at the 1983 Tokyo Auto Show, it was also an excellent driver’s car right from the start. Suspension tuning was widely reported to have been finalized at Lotus with prototypes shaken down by American Formula 1 and sports car racer and manufacturer Dan Gurney.

Note: Bring a Trailer does not offer purchasing advice nor predicts future vehicle pricing or values. Rather, the information is based on completed auctions on BaT over the past five years. All historical auction data for every make and model sold on bringatrailer.com is publicly available on the site to help both buyers and sellers make informed decisions.

About Bring a Trailer
Bring a Trailer (BaT) is a digital auction platform and enthusiast community founded in 2007 to connect buyers and sellers of classic, collector and enthusiast vehicles. BaT curates vehicles submitted by sellers and helps them craft transparent auction listings that present the vehicles as they are — without superlatives or dubious used-car-lot language. At the end of a successful auction, BaT connects the seller and buyer so they can work together to complete the transaction. BaT’s knowledgeable community of more than 709,000 registered users vet each listing so potential buyers can bid with confidence. More than 66,000 auctions have been completed on BaT since its inception, with more added daily. BaT auctions are listed at a flat rate, starting at just $99 with a sell-through rate of 83%. Bring a Trailer Shipping is the company’s fully integrated vehicle transport service, available for both BaT auction listings and private vehicles in the contiguous 48 U.S. states. For more information, visit www.bringatrailer.com.