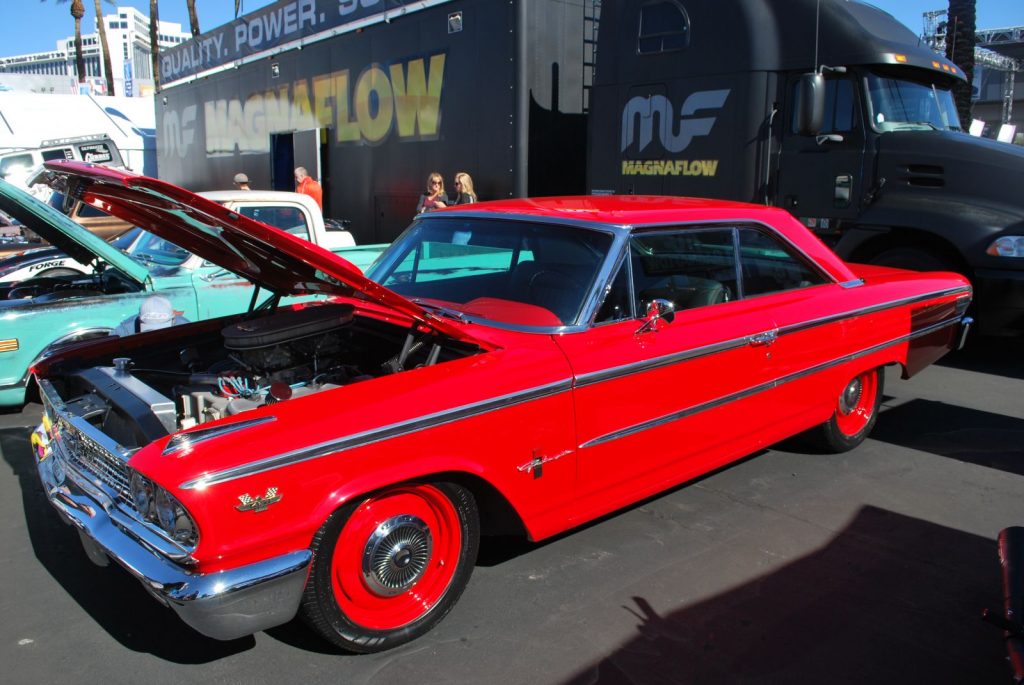 Los Angeles-based restorer Bodie Stroud will customize a 1963.5 Ford Galaxie with a rare 427 SOHC motor on the newest episode of “American Restoration,” airing Friday, March 11 at 9/8c on HISTORY.

Sun Valley, Calif. (March, 2016) – Bodie Stroud, the star of “American Restoration,” has built a career out of his ability to restore iconic pieces of American history and infuse them with updated technology. In 1963 Ford’s Galaxie 500XL fastback rocked both NASCAR and NHRA fields with unbeatable performance. Now, Bodie and his crew will restore an incredibly rare 1963.5 Galaxie 500XL R-code and install an ultra-rare SOHC 7.0L Ford V8 engine that was so powerful it was banned from competition on this week’s episode of “American Restoration,” airing this Friday, March 11, 2016 at 9/8 p.m. CST on HISTORY.

From the outside this Galaxie may look fairly ordinary, but it is what is going under the hood that will enable this car will leave all others in the dust. It will be receiving a rare (and powerful) Ford 427 SOHC “Cammer” motor outputting around 800 horsepower. The Ford 427 SOHC motor has a very interesting history and has come to be known as the “90 Day Wonder.” Ford built this powerful engine in a mere 90 days in the mid ’60s with the original intention of using the engine in NASCAR racing. Head of NASCAR Bill France ended up vetoing the engine, so Ford used the motor for its drag racing efforts instead.

The changes Bodie makes on the cars he builds may seem subtle, but they are certainly impactful on their appearance and ride. For the Galaxie, Bodie will be hand making a steel Thunderbolt hood scoop, adding modern Brembo brakes, MagnaFlow mufflers, and a BSI custom rear suspension with a BSI four-link system. Bodie will upgrade to modern Nitto Tires for the best grip and traction, but will keep a more classic look for the wheels with oversized stock wheels from Wheel Vintiques. The exterior will be finished in a bold Matrix color called Viper Red. In keeping with the appearance of the exterior, Bodie will keep the look of the interior classic, but flourish the cab with modern touches.

“The Galaxie project was fun because I was trying to strike a real balance between classic and modern,” said Bodie Stroud. “I was able to keep the best of the classic look of the iconic Ford Galaxie that raced around NASCAR tracks in the ‘60s, drop one of Ford’s most powerful and legendary engines in it and add modern technology to create something for my customer that no one else has.”

The seventh season of “American Restoration” features five new shops across the country. Representing the West Coast is Bodie Stroud Industries – the only shop to appear on all 13 episodes of the new series.