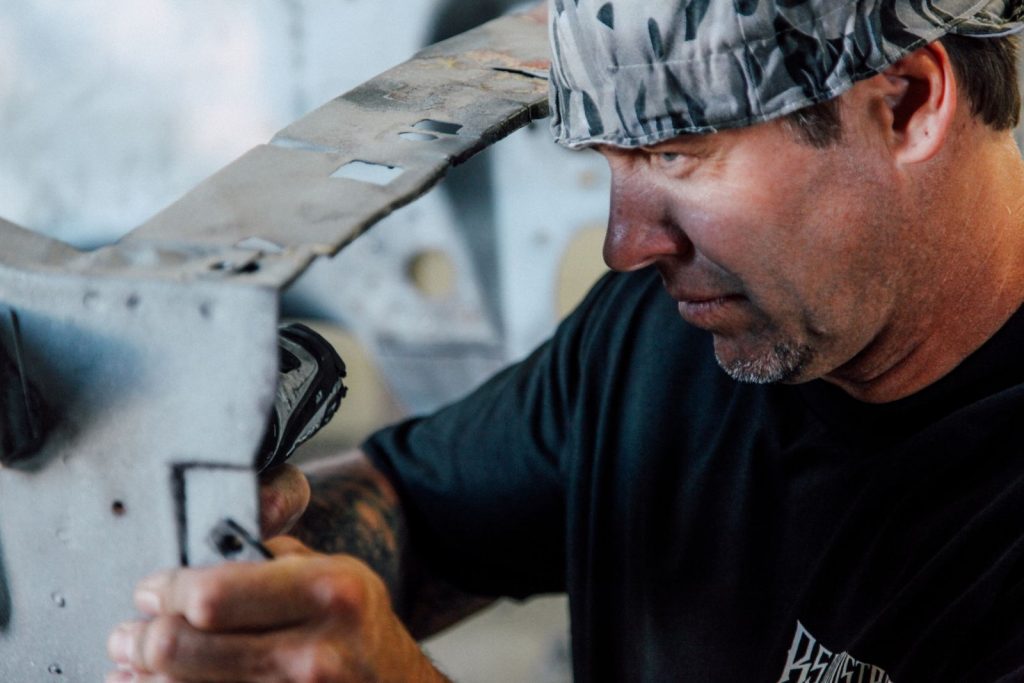 Sun Valley, Calif. (November, 2015) – Bodie Stroud is no stranger to the world of television, having previously worked on “Rock My RV” and “Monster Garage,” so it comes as no surprise that Bodie and his Los Angeles-based shop were picked to star on the rebooted HISTORY series “American Restoration.” Bodie and his crew will be featured in each of the 13 episodes of the new season alongside four other shops from across the country.

Bodie Stroud has been fabricating and building vehicles for more than 20 years. He gained name recognition and turned heads in 2009 when he was awarded the Ford Design Award for his 1960 Ford Starliner dubbed “The Scarliner.” Since then, he has been building custom cars and has essentially become the go-to car builder in Los Angeles. His clientele ranges from the “average Joe” to celebrities like Tim Allen, Johnny Depp, Drea de Matteo and Johnny Knoxville. In addition to building artfully crafted custom vehicles, Bodie also masterfully restores vehicles – he is currently restoring a vintage Lamborghini for comedian Adam Carolla.

“I am very excited for the opportunity to be a part of the ‘American Restoration’ series and I can’t wait for the show to premiere,” said Bodie Stroud. “My crew and I have been working very hard on several restoration projects in the shop for the past six months and I can’t wait to show the world the custom car builds and restorations we have been pouring our blood, sweat, and tears into.”

Each hour-long episode will feature a restoration project worked on by the Bodie Stroud Industries shop. Notable car projects this season include the Petersen Automotive Museum’s Davis Divan three-wheeler restoration, an antique fire truck restoration for the Los Angeles Fire Department Museum, and a restoration of a numbers-matching 1970 Pontiac GTO Judge for SEMA Chairman-Elect and Coker Tire President and COO Wade Kawasaki.