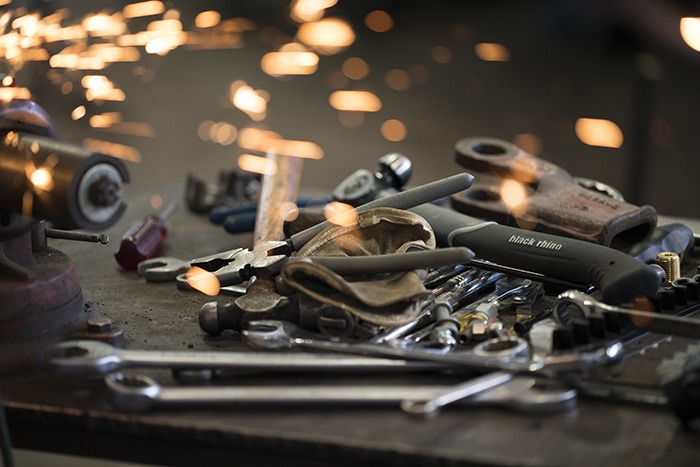 “We’re thrilled to be entering into a strategic partnership with Kahn Media,” said Steve McGrath, Director of Marketing & PR for Black Rhino Tools “Kahn has an excellent reputation for helping drive sales for the brands they work with and its proven track record of successfully engaging with consumers passionate about living an active lifestyle is exactly what we’ve been looking for in a PR agency.”

Kahn Media will be handling public and media relations for Black Rhino Tools while coordinating with its internal marketing team to develop unique and dynamic media engagement strategies to increase market penetration. Kahn will also engage with Black Rhino’s social media, event marketing, product placement and relationship management programs. Black Rhino Tools has been producing tools for people that live an active and adventurous lifestyle since 1998. It was acquired in 2015 by Signature Products Group which creates and markets licensed products for brands such as Browning, Ducks Unlimited, Realtree, Mossy Oak and Under Armour.

“It’s an honor to represent Black Rhino Tools,” said Dan Kahn, President of Kahn Media. “We work with brands and enthusiasts in the automotive, action sports and motorsports world, and they all have one thing in common – they need great tools designed for an adventure-ready lifestyle – so this relationship is a perfect fit. Black Rhino is an American company that builds quality tools any enthusiast would be proud to own, and we look forward to helping this great brand grow as we help them tell their story.”

Black Rhino tools are made for those that use tools every day, work hard during the week and are ready to play even harder on the weekend. Black Rhino tools are born from the need to get out there, explore the unknowns that show us what we’re made of. Being ready for the dings, cracks, flats, and breaks is a mandatory part of both the jobs and adventures we crave. Whether it’s a tailgate tune-up at the trailhead, or getting your bike running in the middle of nowhere, Black Rhino Tools are precision-crafted for the people who aren’t afraid to get out there. Black Rhino also backs its tools with an industry-leading warranty, guaranteeing every tool it makes for life – period.