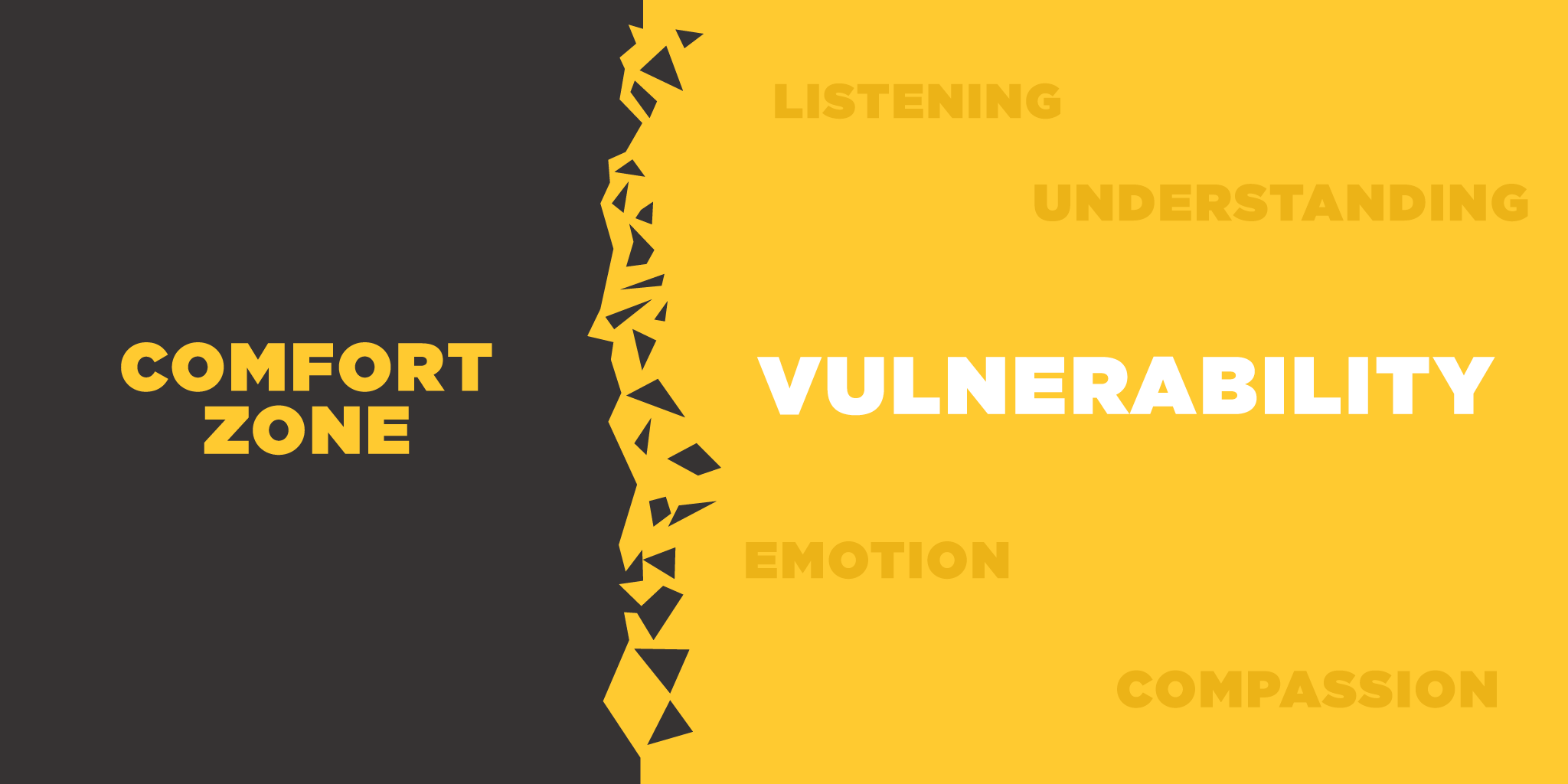 A Leader’s Take on Emotions in the Workplace

A few months ago, a CEO’s LinkedIn post went viral for all the wrong reasons when he shared a photo of himself with tears streaming down his face, along with a few sentences bemoaning the hardships of letting people go when the economy changes gears. The backlash was swift and harsh, coming from both sides of the table – leadership and workers. Fellow CEOs made sarcastic cracks like “welcome to being a CEO, toughen up.” Employees called him out for what appeared to be an attempt at virtue signaling, asking for the sympathy of others even though the people he laid off were the ones going through the actual hardship.

I’ve been thinking about that specific post and the reaction it garnered for the past month while attempting to guide my team and myself through a particularly challenging time in our business. We have been dealing with several major projects that have stacked on top of each other and caused an extreme amount of stress for the team. With all that in mind, it felt like an appropriate time to talk about emotions in the workplace and how my view (and, I think, the prevailing thoughts on the matter) has shifted over the last few years.

Full disclosure (this is where the vulnerability part comes in) – I have struggled with depression off and on for most of my life. It comes and goes, and I’ve learned through years of work how to recognize when the storm is on the horizon and how to not only deal with it but also harness it into something positive. Through conversations with peers, friends, my advisory board and the consistently excellent 21 Hats podcast, I’ve also learned that the situation is pretty common for business owners, along with the feelings of isolation and turmoil that often accompany entrepreneurship. This blog post isn’t intended to be a selfie of me crying the blues, just an honest look at EQ in the workplace and an acknowledgment that something has changed, but it felt important to get my own history out of the way first.

Until very recently, my general take on emotions in the workplace was that there wasn’t much room for them. Growing up, my idea of what a boss should be was informed by TV bosses ranging from Mr. Spacely on “The Jetsons” to Ron Swanson on “Parks and Recreation” to Tony Soprano and Don Draper. All of them were sort of the same – alpha males who fluctuated between stern, scary and stoic. Not a lot of positive vibes or emotional intelligence were coming from any of those guys. My real-life examples weren’t much better. Most were detached and stoic, and a few were jerks. Only one actually showed a human side, and he got derided as being “too emotional” as a boss.

For the first decade-plus of business ownership, I not only took great care to wall off most of my emotions from my employees (except for the occasional outburst of anger or frustration when things didn’t go well), but I was also not in tune with their feelings at all. It simply didn’t occur to me that while I struggled with the ups and downs of daily life and how to balance things at work and home under challenging circumstances, my employees were going through the same thing with decidedly less control over their destinies than I had. As a result, while I may have been an okay boss, I wasn’t a very good leader. While I may have imparted knowledge on how to do the job, I was a taskmaster, not a coach. And that doesn’t translate to happy or effective employees.

Fast forward to 2020. The pandemic did a lot of things, many of which I have discussed in past columns, from forcing us to learn how to work remotely to teaching lessons on work/life balance and more. But for me, it also really put a spotlight on emotional intelligence. In the first months of the lockdown, as I worried about the future of my business and my team, I also spoke multiple times per day to clients and friends who were going through the same struggles. Nobody knew what the future held. Everyone was scared, and many felt isolated and depressed. I’ll admit I got misty a few times on staff calls when discussing the future and how focused I was on ensuring the company’s survival and protecting as many jobs as possible. And it was crushing to me when, months later, I saw a few anonymous comments online calling me out for being “too emotional.”

My knee-jerk reaction at that moment was to slip into a defensive posture and turn into Mr. Spacely. Instead, after some thought, I did the opposite. It occurred to me that if I felt this way, most of the team probably did too. I started scheduling one-on-one meetings with every employee at least once a month. With a staff of 30, I typically have at least one or two of these daily. They have no agenda, no talking points, just a simple check-in asking how they are feeling, what challenges they are facing and how I can help. The results have been incredible.

First and foremost, these check-ins are not about me. My job is to help, listen, and, hopefully, learn. At first, you could tell the team was credulous. They didn’t have much to say other than to report that things were “fine.” But over time, some started to open up. Employees started sharing struggles at work, asking questions about why we do or don’t do things a certain way, and even sharing stories and moments of pride from their personal life. At first, it was hard hearing staff, especially newer hires, questioning why we do things, but once I got past my own ego and started to listen, I learned a lot about the people on my team, the challenges we faced as a company and heard clear feedback on how we can change and grow.

My biggest takeaway from these one-on-one meetings was that everyone is struggling more now than ever. Our world is in flux, with some working from home and struggling with work/life balance. Others are working harder than ever trying to deal with skyrocketing costs of living or are worried about scary stuff happening in the news. Some are dealing with isolation and the challenges of learning and onboarding while not physically in the same space as coworkers. It finally occurred to me that this wasn’t a management, entrepreneur or CEO issue; it was a human issue.

We are social creatures that have to deal with the ups and downs of daily life. When things get hard, emotions start to spike, and ignoring them Don Draper style, is not a healthy way to deal with things. By allowing my people to be human and share their wins and frustrations, I have learned more about my own company, my team, and myself and how I can improve as a boss and a person.

As we come out of three major back-to-back events and prep for a fourth, and my team continues to push hard and be creative and try to meet deadlines while maintaining composure, I couldn’t be prouder of them as a group. They’re not only doing good work but also supporting each other, stepping in to cover for teammates when someone starts to falter, and communicating with leadership when they need help or are struggling so we can solve problems together. That doesn’t mean people don’t have the occasional outburst or breakdown. It still happens, but unlike years past, we try to be there for each other and help them get through it, which seems to make everyone stronger in the long run. We’re learning that through shared emotional experiences, we can become more resilient, which may be the best part of this journey for me.

In the meantime, while this process has (hopefully) made me a better, more intuitive leader, it has not resolved my struggle with managing the ups and downs of business ownership. And I’m keenly aware that, like the crying CEO I referenced at the start of this post learned the hard way, my staff doesn’t (and shouldn’t) have to deal with my personal baggage. That’s what peer groups, family and networks are for. As for my anonymous critics who think I’m too emotional, I’ll take that feedback and try to learn from it. I wish them luck with whatever Mr. Spacely they work for next because he likely won’t even hear what they have to say.