The Story of the Ring 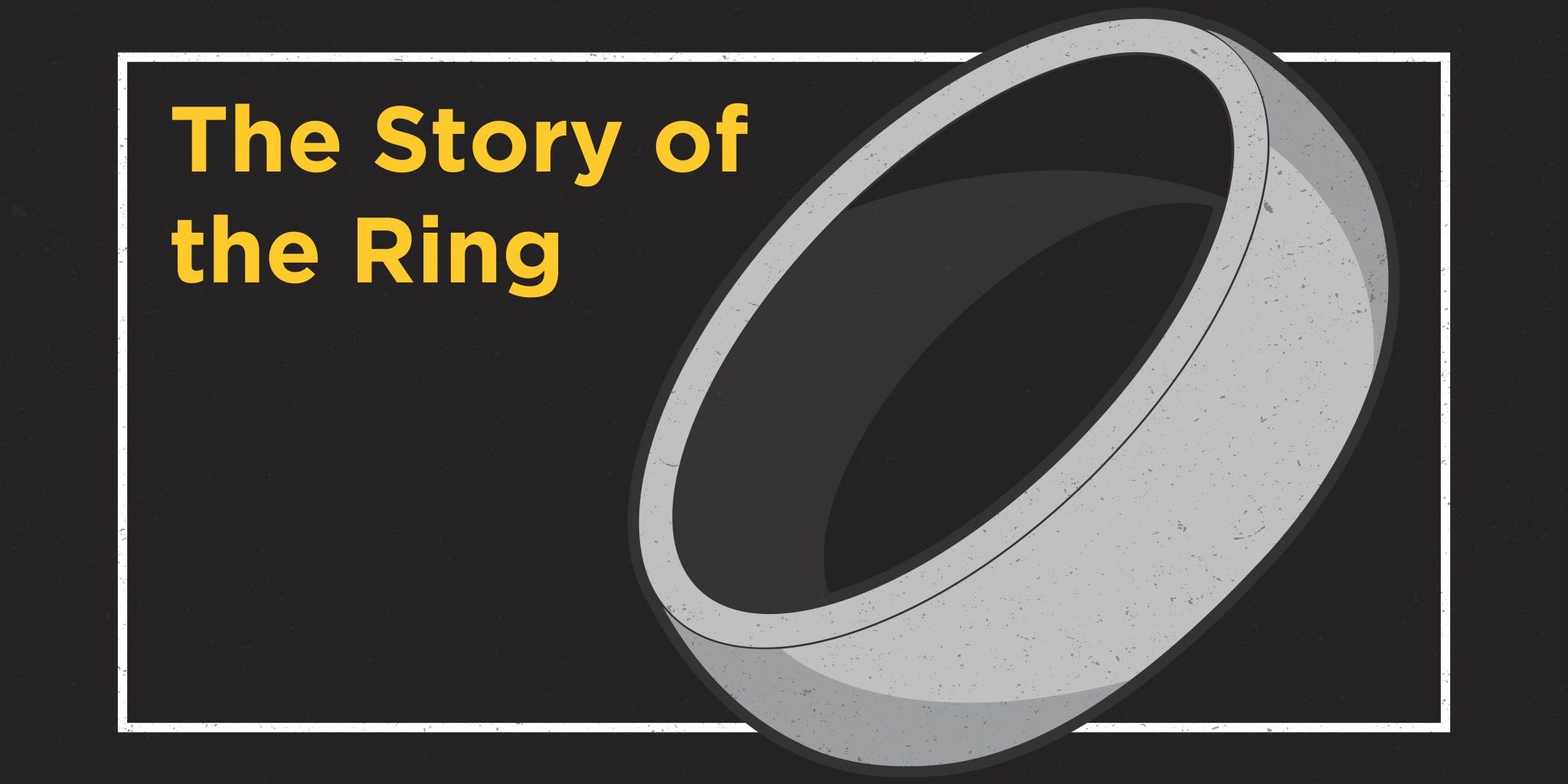 My grandfather, Julian Kahn, was a born entrepreneur. The son of a German immigrant who came to America through Ellis Island, Julian grew up in Chicago and watched his father toil as a butcher. He decided to pursue a career in engineering, going to a technical school and working in commercial heating and refrigeration before joining the Army Air Corps as a pilot during World War II. Before leaving for flight school (and leaving behind my grandmother, his fiancé at the time, home in Chicago), my grandfather put a silver dollar in his pocket for good luck.

His stories from the war are ingrained into me from years of hearing them as a boy. He shared how he learned to fly in Piper Cubs before training in B-25 Mitchell medium bombers that were so loud (hearing protection wasn’t a thing then) that the guys would have to shout at each other for days after flights. Thinking he would be a bomber pilot, he was surprised to learn after graduation that he had been assigned to a brand-new Douglas C-47 transport plane (called the DC-3 in civilian form). He had to fly the twin radial engine plane across the Pacific from California to China. There he was assigned to the China-Burma-India theater running supplies to the Chinese fighting the Japanese army.

Upon landing in China, command took his shiny new plane and reassigned him to a used-up beater. With no heat, pressurization and weapons save for the 1911 service pistol on his hip, Grandpa Julian and his crew would fly over the Himalayas several times a week in sub-zero temperatures in air so thin that most people would pass out from hypoxia. Then they would drop down low to parachute supplies behind the lines while the enemy tried to shoot them out of the sky without escorts or a way to fight back. All he had was a picture of my grandmother and his lucky silver dollar in his pocket.

When the war was over and he returned home, Julian brought two things with him – the knowledge that California winters are warmer than Chicago and his lucky coin. He married my grandmother, moved to Los Angeles and started both a business and a family. As the decades passed, he sold his first HVAC business to his partner and started a new one, grew his family and home, and like many of his generation, lived a life of quiet determination to build a better life for his family. The silver dollar went along for the ride with decades of riding in his pocket slowly wearing the dollar down.

By the time I came along, that coin was no longer recognizable as a silver dollar. It was a dull disc worn as smooth on all sides as a river rock tumbling against the current for a lifetime. The coin was as mythical to us grandkids as the man himself. What was it, what did it mean and why did he carry it? Was it really lucky, and did it have special powers? We didn’t know, but we were always curious, and he always carried it. Then one day, late in life, years after retirement and heart disease had slowed the great man down, he lost the coin. It was a heart-wrenching moment for the whole family. He was distraught, and it was a harbinger of things to come for the younger generation. He passed away not long after.

Fast forward a decade, I met a girl, fell in love and got married. I picked out a gold band like most men do because it was the one that happened to be in the case at the local jeweler. Its meaning was entirely based on the event that it was linked to, my wedding. A few years after tying the knot, I was heartbroken when I lost it on a boating trip and didn’t know how to replace it. Around this time, my grandmother, who was also very precious to my wife and me, passed away. We were helping the family clean out their house. My grandparents were married for nearly 60 years, and she never cleared out his things after he passed. His closet and dresser were preserved like a moment frozen in time. I moved his dresser, which was extremely heavy and filled with loud shirts from the ‘70s, and there it was. The coin. Hidden in the thick pile carpet under the dresser, as smooth and worn as I remembered.

I knew it was a sign as soon as I saw it, so I punched the center out of the coin and turned it into a pendant I gave to my newborn daughter. What was left I made into a smooth, silver ring burnished by years of riding in a pocket through a life well lived and all the challenges that came with it. It never leaves my finger.

In the years since, as I worked to grow my business and my own family, dealing with issues from recessions to pandemics to personal tragedies and triumphs, whenever I feel like I simply don’t have the knowledge or fortitude to press on, I touch the silver ring on my finger. The process that took a brand-new silver dollar and transformed it into the smooth hoop on my finger – time, friction, pressure – is analogous to the making of the great man who first put it in his pocket. He wasn’t born a leader or an entrepreneur or a success. He had to grind it out over time, gaining experience and knowledge by making mistakes and constantly staying in motion, moving forward and letting time smooth all the rough edges until all that’s left is polished and perfect.

I am a better leader and businessperson today than I was 14 years ago when I started my business. But I have a long way to go riding around in the pocket of time before I am where I want to be.