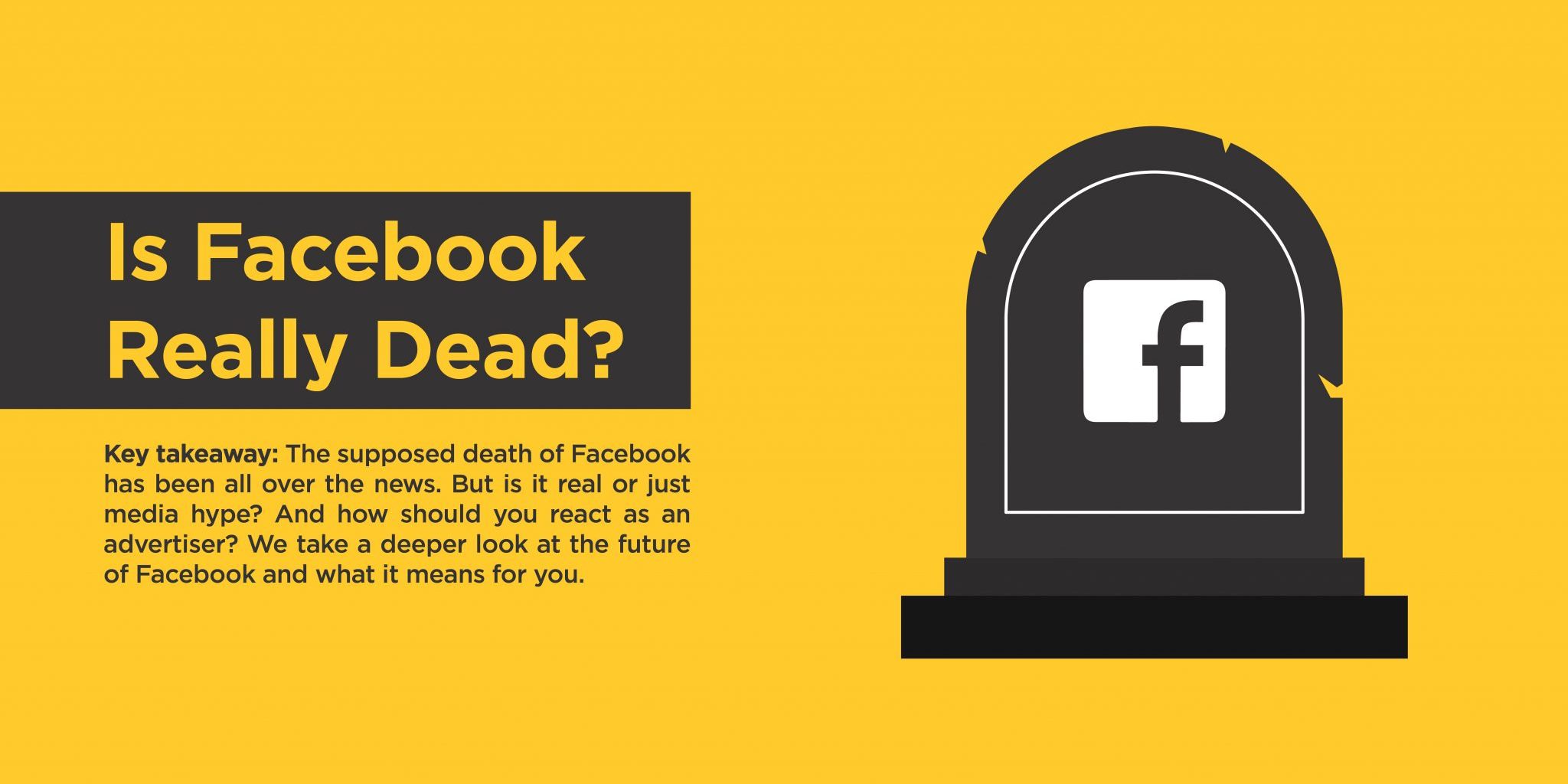 Things haven’t been going exactly that well for Facebook since it changed its name to Meta. Many saw the name change as nothing more than an attempt to distance itself from an increasingly negative image. The moniker change came not that long after former employee Frances Haugen’s testimony to a U.S. Senate subcommittee about Facebook putting profit seemingly before everything else. Then Meta launched a series of universally-panned television ads that painted an overly rosy picture of the company that might as well had Kim Jong Ung riding around on a white horse in the background.

When Facebook announced its first-ever decline in daily users, the biggest hit came, instantly wiping $200 billion off its market value. And its Reality Labs division was burning through cash quicker than a Saudi prince on a trip to Las Vegas. That slide has continued, with Facebook losing an eye-popping total of $500 billion since its Meta rebrand. As if that wasn’t enough, Zuckerberg recently announced employees at Meta would now be known as Metamates, prompting the generation of endless memes and ridicule.

So are these really the end times for Meta, or just a bump on the road to dominating the metaverse? With the constant stream of negative stories feeding a seemingly endless new cycle, it can be hard to decipher what is actually what. And what does any of this mean if you are currently or are thinking of advertising on Meta? Let’s take a look and try to figure it all out.

META: THE NEXT MYSPACE

Remember Myspace and trying to figure out the HTML code to bedazzle your profile page? Launching in January of 2004, Myspace’s rise was absolutely meteoric. The exponential growth of Myspace quickly caught the attention of News Corp., with the latter purchasing the upstart in 2005 for a jaw-dropping (at the time) $580 million. By July of 2006, Myspace surpassed both Google and Yahoo in web traffic. Two months later, Google was knocking at Myspace’s door to secure the exclusive rights for three years to provide web search results and sponsored links on the site for a staggering $900 million.

Myspace looked unstoppable at the time, and no one would have predicted its demise. But it all came crashing down, and by 2011 Myspace sold for a mere $35 million. Five years later, a hacker stole 427 million account passwords from Myspace and tried to sell them. The asking price? A mere $2,800. Nobody really cared because Myspace was dead. We don’t have access to the dark web, but those passwords might still be for sale.

So what killed Myspace? The social media site lost its luster as an aggressive competitor with a more polished product became more popular among its younger users. Launched the same year as Myspace, Facebook eventually overtook it in 2008. Mounting legal troubles also tarnished Myspace’s image, including eight U.S. attorney generals finding thousands of known sex offenders on the site. The tragic case of a 13-year-old girl committing suicide after being cyberbullied by a 49-year-old man posing as a teenager on Myspace also drew national condemnation. Overspending was a factor, with $150 million blown on the flop that was Myspace Music and other large-scale projects that never produced results. And over-reliance on the same aging platform while competitors offered more innovative products that siphoned off users also took a serious toll.

Many point to the massive scale and longevity of Facebook for making it immune to failure. Yes, there is some truth to that as very few companies (six to be exact) could lose $500 billion and still exist. But it is hard to ignore the eerie similarities between Facebook’s current position and what took down Myspace. Empires do fall, and sometimes not many see it coming. We doubt Romulus Augustus, the last emperor of the Western Roman Empire, foresaw a little-known barbarian warlord named Odoacer fighting his way from Germany to Rome, executing his father, overthrowing his government and ending the Roman Empire. 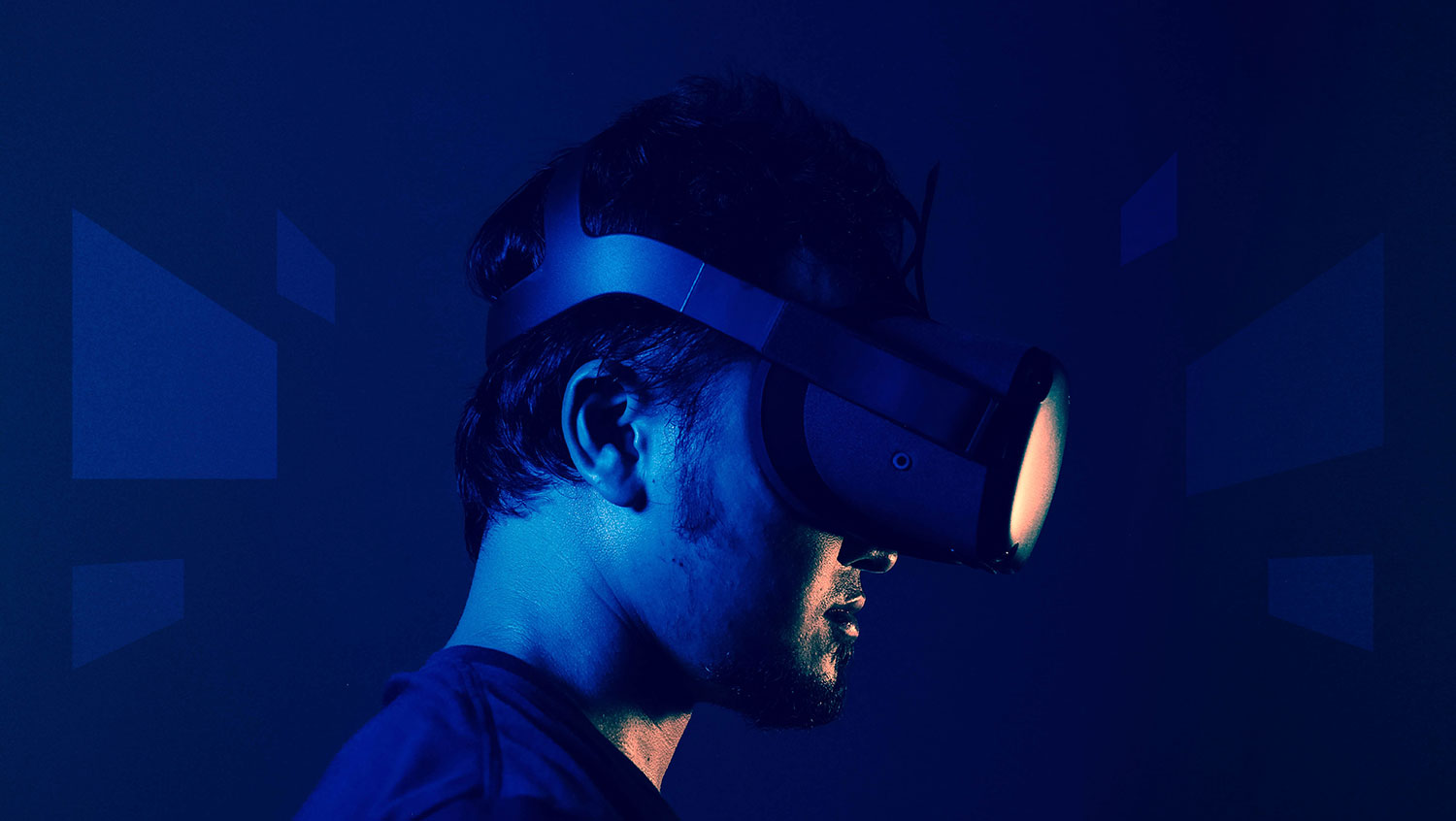 THE METAVERSE: FUTURE OR FLOP?

Think of him what you want, but Mark Zuckerberg isn’t dumb. He knows that Facebook as a platform is aging along with its users. He also has all the data needed to see that engagement is down and new users might have reached a zenith. And his uncomfortable testimony before the U.S. Senate probably clued him into the fact that public sentiment of Facebook isn’t exactly rosy. But what if, instead of riding the same platform into the ground like Myspace, the Zuck could offer something completely new? Enter Meta and the metaverse.

The strategic shift to the metaverse is essential enough for Zuckerburg to rename his company after it. The name change isn’t just a rebrand either, as Meta has plans to hire 10,000 additional employees over the next five years to help build the metaverse. All of those people are going to cost a lot of money. And the Reality Labs division leading the charge lost $10 billion in 2021. That number is almost double 2021 and, according to Meta’s CFO on the company’s latest earnings call, will “increase meaningfully” this year. So how much patience will investors have as the Reality Labs division burns through cash with little to show for it in the near term? Looking at Meta’s continually sliding stock price, the answer is not much.

The other big question is do people actually want the metaverse? Brave reporters that have ventured into the metaverse in its current state and returned don’t have positive things to say. Some liken it to a video game with few players and no plot. Others say it is like a seedy single’s bar meets an awkward high-school dance. There have even reportedly been cases of virtual sexual assault, stalking and other nefarious behavior. Sure, all of this can be part of the early growing pains of the metaverse. But at the end of the day, are people going to want to have virtual experiences with virtual friends or real ones with actual humans?

A massive hurdle that Meta faces in pushing its version of the metaverse is that Facebook is becoming increasingly irrelevant to young people. According to an in-depth article on The Verge, Facebook’s own research projected a 45% drop in usage by teenagers in 2020-21. And that was on top of a 13% drop in 2019. The same research found that the younger a user was, the less they regularly used Facebook. Making the situation worse is the average age of Facebook’s users is increasing rapidly.

Younger users haven’t just moved on to the shinier lands of TikTok but increasingly view Facebook with disdain. The same article cites a 2021 internal Facebook presentation that notes most young adults see Facebook as a place for older adults with boring, misleading, irrelevant and negative content. Young adults also have a wide range of negative associations with Facebook, including significant privacy and mental health concerns. Doing my own research, I texted my teenage niece inquiring if she was on Facebook. Her simple response was “gross.” Somehow, Meta has to both launch the metaverse and regain a demographic that is exponentially abandoning its products and views it negatively. 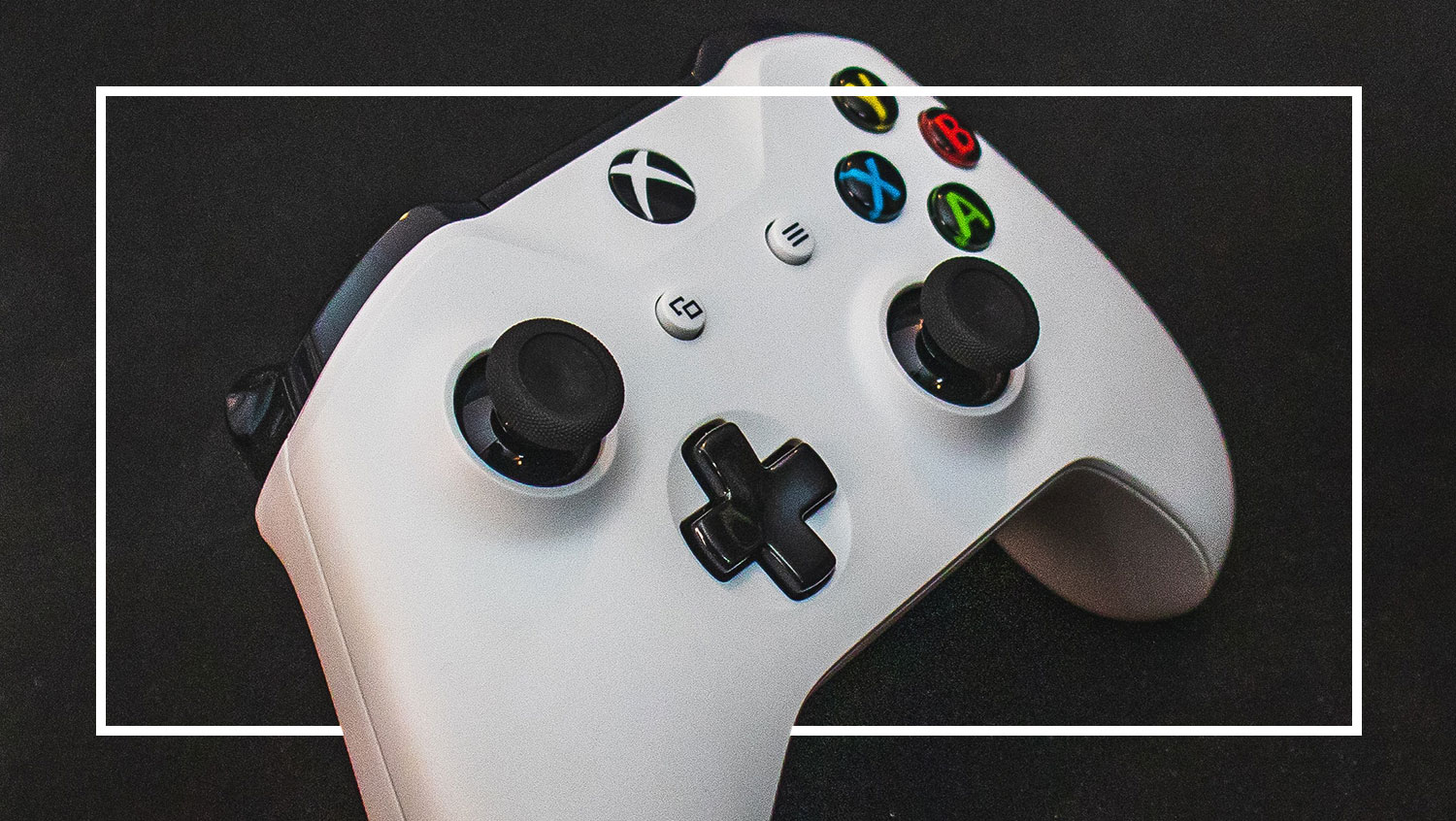 THE EMPIRE STRIKES BACK

Many articles act like Meta somehow owns the metaverse or is the only company working on it. That is far from the truth as Meta faces some serious competitors. One of the largest is Microsoft which measures its net worth not in mere billions like Meta, but trillions. Currently, Microsoft is the second-largest company by market capitalization in the United States, valued at a staggering $2.2 trillion. Microsoft is an empire with Meta more of a kingdom in terms of sheer scale.

Most of the attention has been on Meta, but Microsoft has been gobbling up gaming studios, recently announcing the purchase of Activision Blizzard for $68.7 billion. Last year, Microsoft added Bethesda Softworks and its eight subsidiaries to its fold. With both additions, Mircosoft is now the third-largest video game publisher globally by revenue, with some of the most popular game franchises of all time.

The major purchases might not seem like much outside of the world of gaming. But Microsoft has much bigger plans than just making games. With its new studios, Microsoft can attract even more users to its ever-growing Xbox platform that will serve as a gateway to its metaverse. The strategy makes sense considering gamers skew younger, are already playing V.R. games and are integrated into the Xbox ecosystem, making the transition to the metaverse natural.

The 100 million monthly active Xbox Live subscribers might pale compared to Facebook’s 2.9 billion monthly users, but it is much larger than the mere 10 million Oculus V.R. headsets sold by Meta. And Xbox’s monthly users numbers are rapidly growing among a key demographic that doesn’t hate it and is vital to the future of the metaverse. Unlike Meta, Microsoft also offers a vast array of products and services if the metaverse is a flop. Check out John Coogan’s excellent YouTube video on how Microsoft might be in the best position to dominate the metaverse.

BARBARIANS AT THE GATES

The media loves juicy headlines, and there is nothing juicier than the supposed death of Facebook. But is the social media site and its parent company Meta about to suffer the same fate as Romulus Augustus? Are the proverbial barbarians at the gates of Meta with the social media empire about to fall?

The simple answer is no. Despite the breathless media coverage, Meta isn’t going anywhere anytime soon. Even with the losses and stock price plunge, Meta still has a market cap of $561 billion, making it the seventh-largest company in the USA. And in Q4 of 2021, Meta made $33 billion, up 20% from the previous year. The number of Facebook users dipping made headlines, but daily users across all of its apps had a slight rise. Meta won’t collapse in the next few days, months or even years.

While Meta will be fine for now, the long-term outlook is murkier. Facebook, its primary source of revenue, may lose an entire generation of much-needed younger users to disinterest and competition. Apple’s App Tracking Transparency feature is costing the social media giant billions, and Google will unveil a similar policy in two years. Public sentiment is increasingly negative towards Facebook, with U.S. lawmakers keen to enact regulations. Its legal and political troubles seem to be mounting. Meta has gone all-in on its version of the metaverse to combat all of this. But creating it will take billions of dollars and possibly over a decade. And, even though Meta likes to act like it is a metaverse pioneer, other large-scale competitors have already been working in the space with better go-to-market strategies. The metaverse may save Facebook or be the end of it.

So does this all mean that Facebook is no longer a viable advertising platform? Absolutely not. Facebook is still a very effective medium for advertising with a massive reach. For smaller to mid-size businesses, Facebook also offers a lot of bang for the buck. Compared to other forms of advertising, Facebook can reach more people for a lot less money. And, it is often more targeted, easier to manage and on devices that your customers look at countless times a day.

There are both short-term and long-term challenges to advertising on Facebook, though. Apple’s new privacy features already in effect have made targeting ads more difficult. In two years, Google plans to unveil similar privacy policies that could significantly complicate targeting ads. Engagement continues to slide, making reaching your customers more complex and expensive. Facebook’s users also are getting older, and overall numbers are slowly dropping.

None of these are reasons to ditch Facebook, but effectively advertising on social media is becoming more complex. Having the right digital marketing strategy is more important than ever. At Kahn Media, we are experts in digital marketing and crafting effective social media strategies that deliver results. If the ever-changing social media landscape seems too challenging to navigate, reach out to us to build a better strategy.