A Tale of Two Coffees 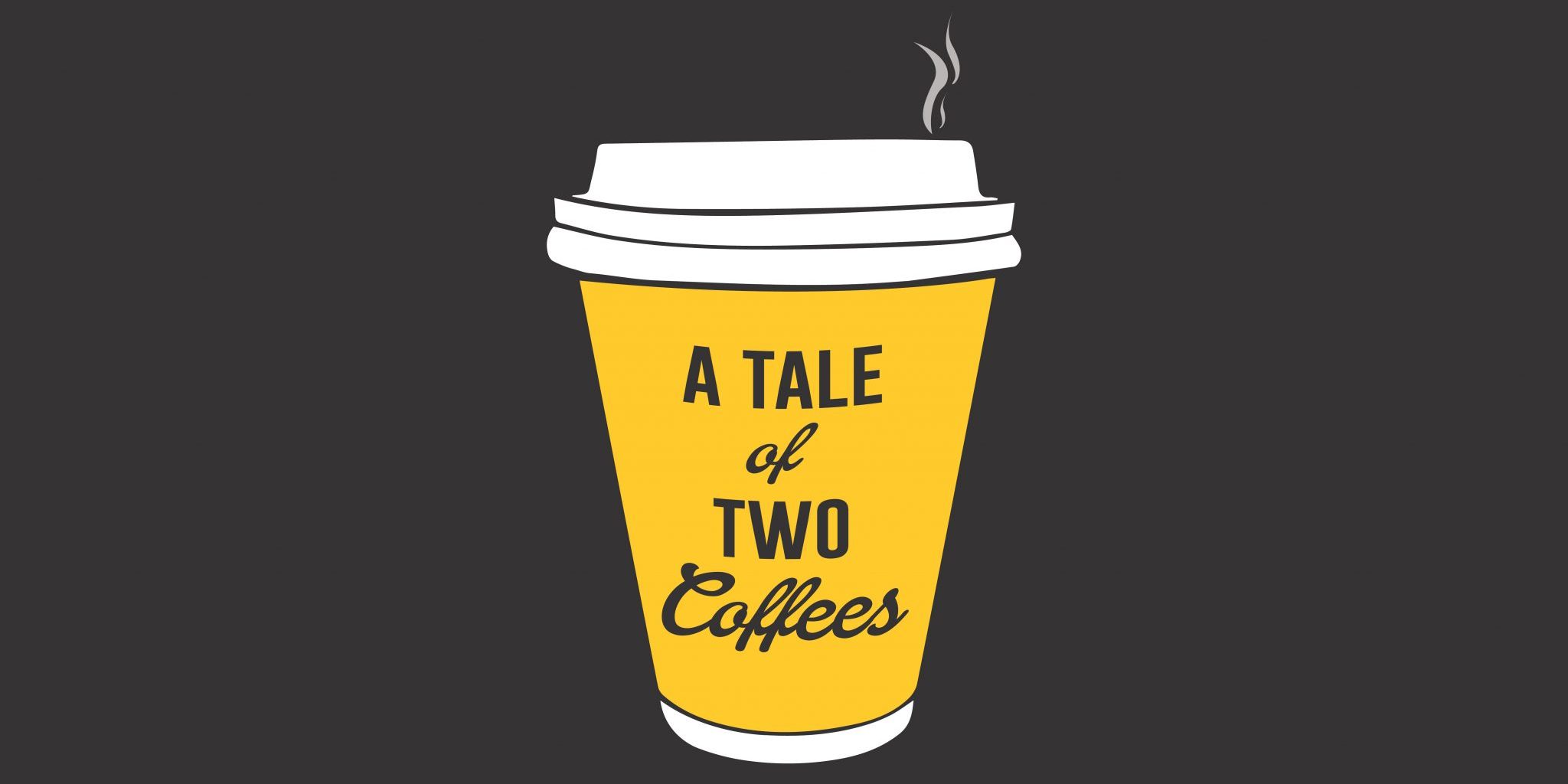 I wasn’t much of a coffee person for the first quarter-century of my life until I landed a job at a dot-com in the early 2000s with (much to my shock) a full-time in-house barista. That experience opened my eyes to the world of coffee, and in the two decades since, I’ve become a full-blown addict of what my kids call “daddy’s survival juice” and also something of a connoisseur of good coffee. I’m not a coffee snob and don’t need anything fancy. But I prefer a high-quality product and am willing to pay for it, which leads to this rumination on coffee, customer service, direct-to-consumer sales and business in post-pandemic America.

Years ago, I started brewing coffee from a brand called Groundwork, which was one of the first organic small-batch roasters on the West Coast, started in L.A. several decades ago before the whole “organic” thing became a massive trend. I liked their coffee and brand and try to support local businesses whenever I can. For many years I’d pick up bags of it at the local supermarket. Then, prior to the pandemic, it started to get pretty challenging to find it on the shelf at the local store. So, I went on their website and signed up for a subscription for both home and office.

This seemed like a logical decision for me as a consumer – one less thing to think about, the coffee would just show up at the office. It’s also the absolute ideal scenario for them as a business. They won my loyalty with their product quality and, to a lesser extent, their brand/message. And rather than having to compete with other brands on the shelf, I literally just opted in and said, “Charge my card automatically every month, and I’ll be your customer for life.” That’s a win.

Fast forward to a few months, I was grinding away working 12-14 hour days trying to keep things at Kahn Media running smoothly and was growing ever more dependent on “survival juice” when our monthly shipment didn’t show up. I checked my statement, and we were charged for it, but a week later, there was still no coffee. It wasn’t the end of the world, but not great. I sent a few emails with no response. I called the number on their site and was told, “Sorry, we had a problem with shipping. We’ll get it out to you.” The coffee showed up a few days later, but at that point, we were out, so I had to run to the market to pick up an extra bag. No big deal, things happen.

The following month it happened again. After a few calls and emails, I was told they’d handle it, and then a single one-pound bag showed up in the mail (I was subscribed to five pounds a month). A few more emails and calls went unanswered, and then finally, three weeks in, they made it right. Month three, it happened again for what would be the last time. I tried to reach someone up the food chain to talk about it, and while nobody returned my call, a nameless customer service rep finally did tell me over email they were “sorting out some issues in shipping and receiving.” Um, duh. I killed the subscription.

Every year my staff and family head to Carmel, California, for Monterey Car Week, where we handle PR for a variety of events and brands. While there, I always make a point to stop at Carmel Valley Coffee Roasting Co., a local joint with a really good brew. So, I called them after the previous coffee fiasco. A person answered the phone who, it turns out, was one of the owners. We discussed my needs, and they took my information and started a subscription. I now get a proactive email every month telling me when my coffee is being packed, shipped and delivered. All automated and handled by their CRM system. The coffee is always fresh, always shows up on time and I have no issues. It’s a win/win for the roaster and, for me, the customer, a frictionless transaction.

So, why should you care about my (admittedly snooty) little rant about coffee? Because the real story is about customer service in post-pandemic America and the single biggest thing a business leader can do in the current economy. Consumers were already aggressively leaning into e-commerce before 2020, getting used to services like Amazon Prime offering next-day shipping and gig economy companies like Door Dash and Instacart dropping everything from groceries to locally-made sandwiches on their front porch. But during Covid, everything was accelerated. When we couldn’t leave our houses and many businesses were closed to walk-in traffic, it forced a society-wide shift in consumer behavior. The result was mass adoption of e-commerce, as well as an accompanying shift in perspective and expectations. People want their products delivered quickly, reliably and with minimal fuss. And if it hits a snag, they want a human being to help resolve the issue.

Groundwork obtained the holy grail of business with me. Through years of hard work on their product and brand, they had me completely bought in. They didn’t even have to keep making the sale. I opted into a subscription and removed the need for them to continue to compete for my business. Then they squandered it by simply falling short of their own promise to ship the product. They created friction in a system where there was none, eventually costing them a decades-long customer. Carmel Valley Coffee Co. won the business by offering a quality product at a fair price, but many companies offer that. That might sell a single pound of coffee. By integrating a positive customer service experience, a dialed-in CRM system that kept me informed, and just enough personal attention from an attentive human being to feel valued as a customer, they won my long-term business without further competition. They removed the friction in the process.

This lesson applies to any business – from a PR and marketing agency to a manufacturer to museums, events, or retailers. Whether your company is B2B, B2C, or anything in between, every business exists to serve your customers’ needs, and chances are your customers are people. The leadership team’s mission is to find the friction in delivering the customer what they paid for and eliminate it. Think about it: a decade ago, if you walked into a store and had an issue with a product or service, you’d talk to the person behind the counter and likely come up with a solution. In today’s e-commerce-focused environment, the customer is on an island, and they occasionally need someone to drop in and offer them a hand. If nobody does, they’ll move to another island, which is pretty darn easy when doing business online.

How do you determine where the friction exists in your own business? Ask. Ask your employees who work in shipping, customer service and sales. What’s the most common complaint or question they get from customers? If your business has reviews online, read them – even if it’s hard. Surveys help, too. Post them on Instagram Stories or even send a short one to your database. Just by asking, you’re already ahead. Look for patterns. A single complaint about an issue might just be bad luck, but more than once about the same issue likely needs some attention. The goal isn’t to eliminate negative reviews; the reviews are the indicator of the issue. The goal is to eliminate the friction so that once you’ve done the hard work of winning a customer over, you keep them happy and don’t give them a reason to start shopping again.