AN AMERICAN ICON ON AMERICAN RESTORATION: CARL’S JR. CELEBRATES 75th ANNIVERSARY BY HAVING BODIE STROUD RESTORE A 1941 PLYMOUTH ON HISTORY 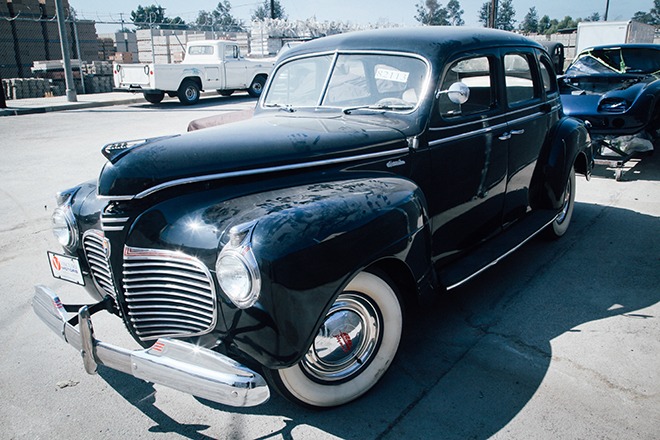 Sun Valley, Calif. (March, 2016) – In 1941, Carl Karcher started his first hot dog stand in Los Angeles by borrowing $311 against his trusty Plymouth, and that first stand grew into an empire and a staple of American culture called Carl’s Jr. To commemorate the restaurant chain’s 75th anniversary, Bodie Stroud and the Bodie Stroud Industries crew will restore a 1941 Plymouth Super Deluxe for CKE Restaurants CEO Andy Puzder on this week’s episode of “American Restoration,” airing this Friday, March 18, 2016 at 10/9 p.m. CST on HISTORY.

Since the famous burger chain was founded in Los Angeles, it made perfect sense for the top restoration shop in Los Angeles to tackle this important project. Puzder brought the BSI crew a 1941 Plymouth Super Deluxe in fair shape for restoration and customization, saying he chose a ’41 Plymouth because it was in 1941 when Karcher and his wife borrowed $311 (equal to $5,217 in today’s economy) against their Plymouth to buy the first hot dog cart that would become Carl’s Jr. The restoration plan includes a special paint job celebrating Carl’s Jr. and infusing it with modern technology for performance and reliability, including an engine upgrade to a late model HEMI outputting nearly 400 horsepower. The Super Deluxe will also receive modern steering, upgraded brakes, modern suspension, air conditioning and custom gauges.

“This is such a fun project, we’re honored to take it on and will make the Carl’s Jr. team proud since this is a part of their history,” said Bodie Stroud. “I really enjoy all the historical aspects of the project –one of the most beloved burger chains in the world began in Los Angeles as a hot dog cart; that the Karchers borrowed money against their Plymouth to fund their dream; and the fact that Carl’s Jr. is celebrating a benchmark year by having a ’41 Plymouth restored to tour the U.S. It’s pure Americana.”

Once the car has been completed, the plan is for the Plymouth to hit the road and tour select Carl’s Jr. locations across the U.S. At the culmination of the tour, the car will then be auctioned off to raise funds for Carl’s Jr.’s Stars for Heroes program supporting American military veterans.

The seventh season of “American Restoration” features five new shops across the country. Representing the West Coast is Bodie Stroud Industries – the only shop to appear on all 13 episodes of the new series.For more information on Bodie Stroud Industries, visit www.bodiestroud.com and follow BSI on Instagram, Facebook and Twitter.

Bodie Stroud Industries, Inc. is an award-winning Los Angeles-based company that designs and builds Customs and Hot Rods of every conceivable form. After leaving his corporate job in 2007 and taking the ultimate risk to found Bodies Stroud Industries, Bodie Stroud has been a radical influence in the hot rod and custom car world, utilizing subtle custom designs and flawless execution to create a series of award-winning vehicles. Coupled with his dedication to integrity, obsessive attention to detail, and a fresh take on performance engineering, Stroud and BSI offer customers everything from bolt-on performance parts and basic hot rod repair to hand-built, turn-key custom supercars. Bodie Stroud Industries embodies a lifestyle brand of movable artistry and a passion for precision. 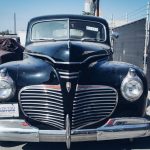 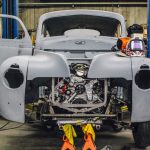 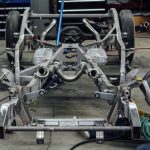 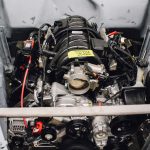