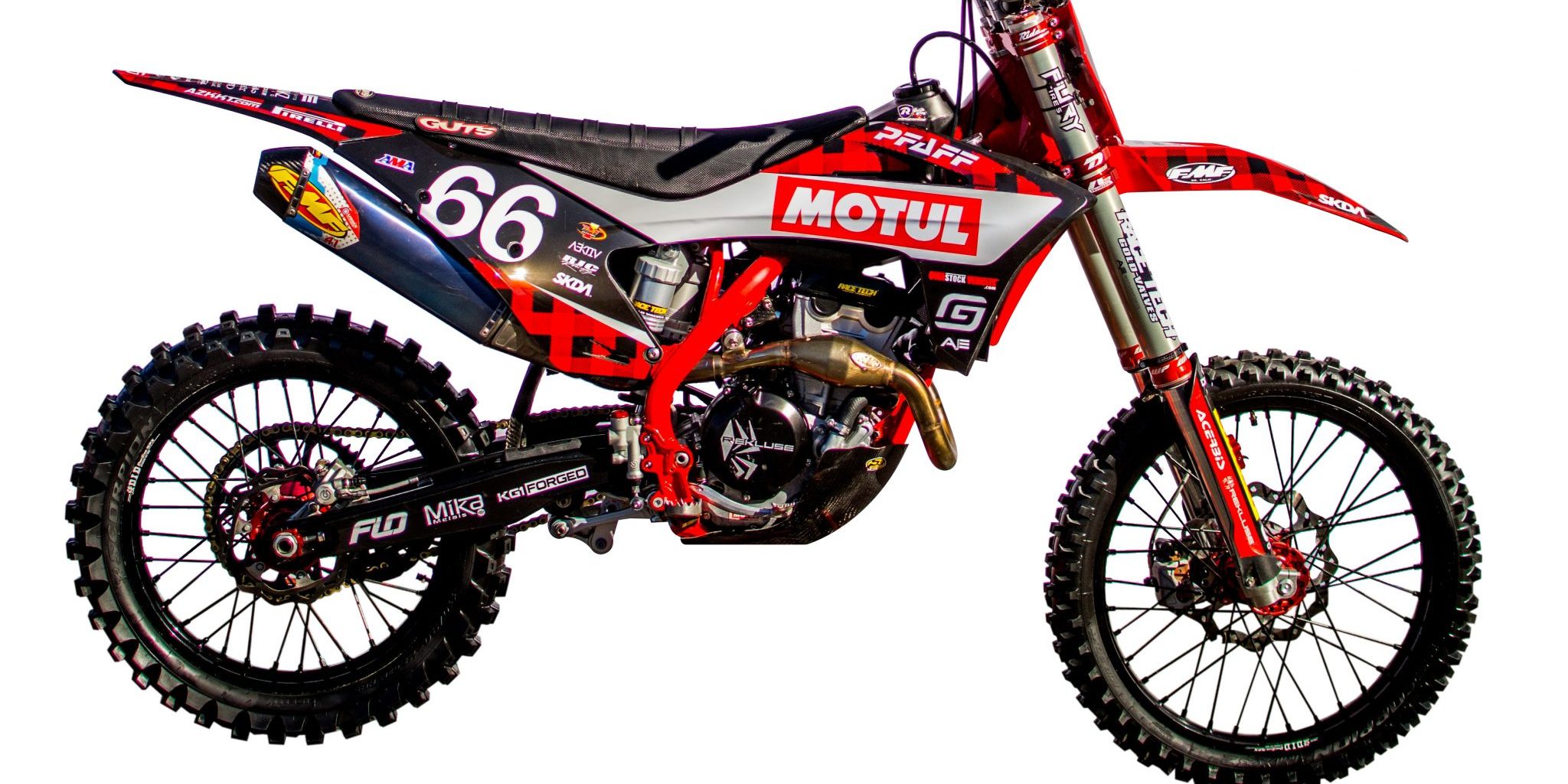 Cypress, Calif. (Feb. 9, 2022) – Motul, the world-class oil and lubricants company founded in 1853, is excited to announce a collaborative livery between two of its sponsored teams: Pfaff Motorsports and AJE Motorsports/Motul. After a thrilling opening round to the 2022 IMSA WeatherTech SportsCar Championship, the AJE Motorsports/Motul team will premiere a special one-off livery honoring the Canadian Pfaff Motorsports team’s maiden 24-hour victory and GTD Pro class win at the Rolex 24 at Daytona.

Known for its distinctive silver and red plaid livery, the Pfaff Motorsports No. 9 Porsche 911 GT3 R race car claimed victory after a fierce final lap bout against a rival 911 GT3 R. As a tribute to the “Plaid Porsche’s” success, the AJE Motorsports/Motul team will field a plaid livery at Round 6 of the Monster Energy AMA Supercross Championship in Anaheim, California on Feb. 12, 2022.

Next up for the Pfaff Motorsports team is the 12 Hours of Sebring for the second round of the 2022 IMSA WeatherTech SportsCar Championship, while the AJE Motorsports/Motul team will compete at Round 7 of the Monster Energy AMA Supercross Championship in Minneapolis, Minnesota.

Founded in 1853, Motul is a world-class French company specializing in the formulation, production and distribution of high-tech engine lubricants. In 1989, Motul entered the US market as Motul USA, where it has become well-known for its motorsports-derived automotive and powersports products. Motul also serves heavy-duty industries through its MotulTech division.

Recognized as an innovator of lubrication technologies for more than 150 years, Motul is regarded for its quality, competition-proven products. With the release of 300V in 1971, Motul became the first lubricant manufacturer to formulate a 100% synthetic engine lubricant using esters technology.

Motul is a partner to numerous manufacturer and racing teams with the goal of furthering its technological developments in motorsports. It has invested in international competitions, serving as an official supplier for teams in road racing, trials, enduro, endurance, Superbike, Supercross, Rallycross, World GT1, 24 Hours of Le Mans (cars and motorcycles), 24 Hours of Spa, Le Mans Series, Andros Trophy, Paris-Dakar, 8 Hours of Suzuka, Bol d’Or and the Daytona 200-mile motorcycle race.