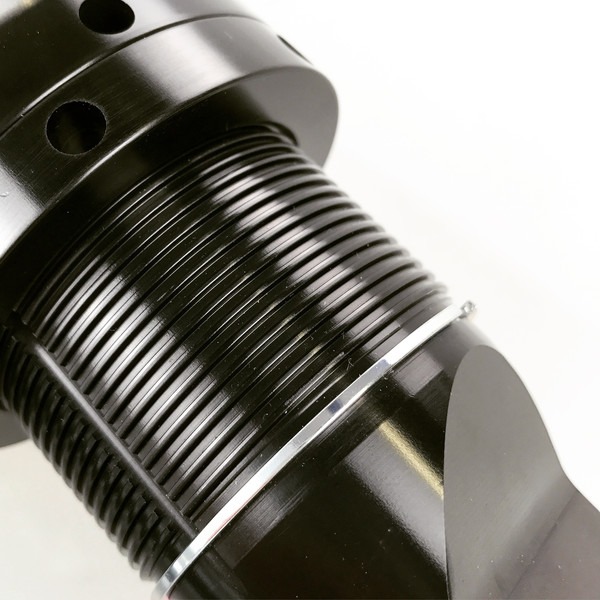 POWAY, CA -BILSTEIN Shock Absorbers is kicking off their 2016 SEMA Show experience by driving their 2015 Toyota Tacoma booth car 500 miles completely off-road to the show. Upon arriving at the show, the truck will be parked in their booth, dirty and all. This Tacoma will be equipped with a revolutionary new series of shock absorbers; B8 8112 (ZoneControl® CR) up front and B8 8100 (Bypass) in the rear.

In addition, BILSTEIN is giving attendees of the show the opportunity to experience the thrill of launching an off-road truck 100 feet through the air, or banking a turn on the famed Nürburgring, through the use of a virtual reality (VR) motion simulator. The VR simulator will be on display in BILSTEIN’s brand new booth (#23361), and will give users the opportunity to feel what it’s like to ride in a BILSTEIN equipped race truck or drift car.

BILSTEIN will also be unveiling 16 new products and applications spanning multiple segments, including; light truck, off-road, tuning and motorsports. They include:

Be sure to visit the BILSTEIN booth and the SEMA New Product Display to learn more about these new products. BILSTEIN’s all-new B8 8112 shock absorber contains patented ZoneControl® CR technology; a position sensitive damping system with 3 compression zones and 2 rebound zones, controlled by 3 independent working pistons. Additionally, B8 8112 shock absorbers feature rebound cut-off (RCO) technology which is a secondary rebound piston that provides seamless and smooth spring deceleration. B8 8112 shock absorbers are a direct fit 60mm coilover with a 60mm remote reservoir and custom spring. The rear B8 8100 (Bypass) direct-fit shocks have high flow bypass tubes that offer position sensitive damping with independent external adjustment for rebound and compression. The new B8 5112 and B8 5162 high performance leveling kits provide more ground clearance, increased wheel travel, and allow up to 35″ tires. These simple yet effective kits will mount into the factory location with no modifications. B8 5112 suspension kits include (2) B8 5100 shocks and (2) matched springs. B8 5162 suspension kits include (2) B8 5160 remote reservoir shocks and (2) matched springs.

BILSTEIN’s second booth vehicle is a 2015 Subaru WRX STi equipped with a B16 (PSS10) suspension kit.

Other highlights include new product and technology videos, a shock testing station that allows users to feel the difference between damping forces in various shock absorbers, and guest appearances by professional off-road racers, Jerett Brooks and Darren Hardesty Jr.

Founded in 1954, BILSTEIN is the world’s leading manufacturer of monotube gas pressure shock absorbers. With their main headquarters located in Germany, BILSTEIN is an original equipment supplier to BMW, Ferrari, Jaguar, Mercedes-Benz, Porsche, GM, Chrysler, Ford, Toyota and many others. Driven by a passion for motorsports, BILSTEIN continues to push the boundaries in all disciplines of racing, from the hairpin turns of the Nürburgring to the wide open deserts of Baja. Today, BILSTEIN Aftermarket and Motorsports has grown to nearly 75 employees located in two locations around the United States and distributes more than 3,000 part numbers into the U.S. aftermarket. BILSTEIN operates within thyssenkrupp Component Technologies Group. For more information, please visit www.bilsteinUS.com.