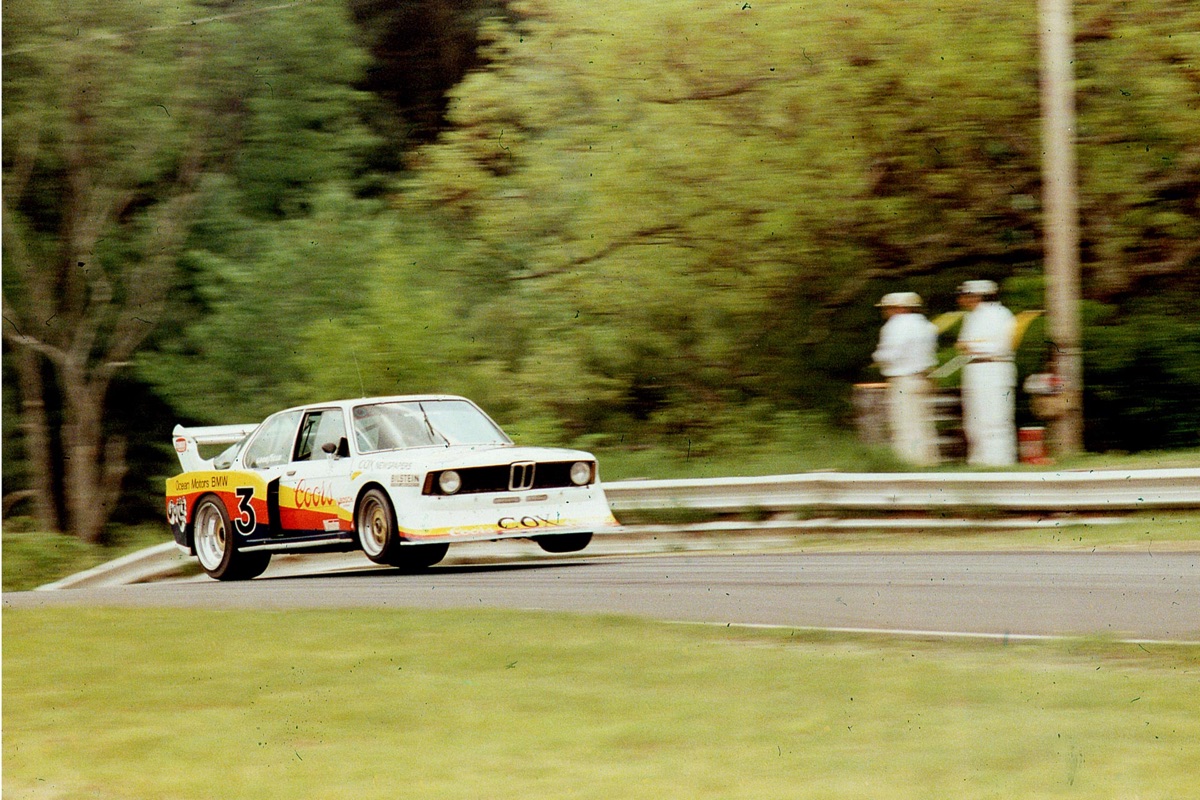 Monterey, Calif. (August 7, 2019)– McCall’s Motorworks Revival, the kick-off event to the world-famous Monterey Car Week, has announced several of the featured vehicles for its 28th Anniversary celebration at Monterey Jet Center in Monterey, California on August 14, 2019. Highlights for the event include the BMW 320 Turbo campaigned by Jim Busby Racing in the IMSA GTX series, an exacting replica of the lost one-of-a-kind 1935 Bugatti Aerolithe and several innovative business aircraft including the Embraer Legacy 500 midsize business jet, the innovative turbine-powered Pilatus PC-12 NG and more.

One of only two lightweight BMW 320 Turbos ever built, this car debuted in 1978 in FIA Group 5 competition before being sold to Jim Busby Racing in California for the 1979 IMSA GTX season. With a lightweight tube-frame chassis, advanced aerodynamics and a 2.0 liter turbocharged four-cylinder M12 engine built by McLaren, this 320 Turbo was a solid competitor in both IMSA and Australian GT racing until the late 1980s. Undoubtedly one of the most beautiful cars scheduled to appear at McCall’s Motorworks Revival 2019 is an exacting replica of the 1935 Bugatti Aerolithe. This replica is built with an original Bugatti Type 57 chassis, engine and running gear and features a hand-formed magnesium body built using the same methods as the original car.

“We couldn’t be prouder of the incredible vehicles scheduled for our 2019 event,” said Gordon McCall, founder of the McCall’s Motorworks Revival. “The strength of our event has always been the eclectic variety and rarity of its aircraft, motorcycles and automobiles, and we’re confident this year’s 28thannual event will keep that tradition going strong!”

In addition to the iconic cars on display, the event will feature several of the latest business aircraft on display. Among these is the super-midsize Embraer Legacy 500, which features best-in-class cabin comfort and amenities along with an effective range of 3,125 nautical miles making it one of the most advanced and capable business jets on the market today. Other aircraft highlights will include the Pilatus PC-12 NG, one of the most popular turbine-powered single-engine business aircraft on the current market.

As always, the event will take place on the tarmac and inside the hangar at the Monterey Jet Center. Featuring a unique variety of attractions for all to enjoy including exclusive gourmet food and beverages from a variety of high-profile chefs and mixologists along with live music and an exclusive dance party.
Experience this one-of-a-kind celebration only at McCall’s Motorworks Revival on Wednesday, August 14, 2019. Pre-sale tickets are available online at www.mccallevents.com. Entry includes complimentary parking shuttle service, gourmet hors d’ouevres, artisanal cocktails, beers and award-winning California wines, specialty desserts, and more. Doors open at 5:00 PM for VIP ticket holders. Learn more on the event website and follow the event on Facebook and Instagram.

Starting in 2019, Gordon’s ineffable passion for all things built for speed, will host “The Road to Provenance”, a television series focusing on collecting and collectors airing this Fall on the History channel.

McCall continues to innovate and support other automotive and motorcycle endeavors. Most recently, Gordon contributed to the feature film “Why We Ride”, a documentary on the spirit and community behind the sport and pleasure of motorcycling and is now working closely with the same film production crew on their next feature film, “Why We Fly”.