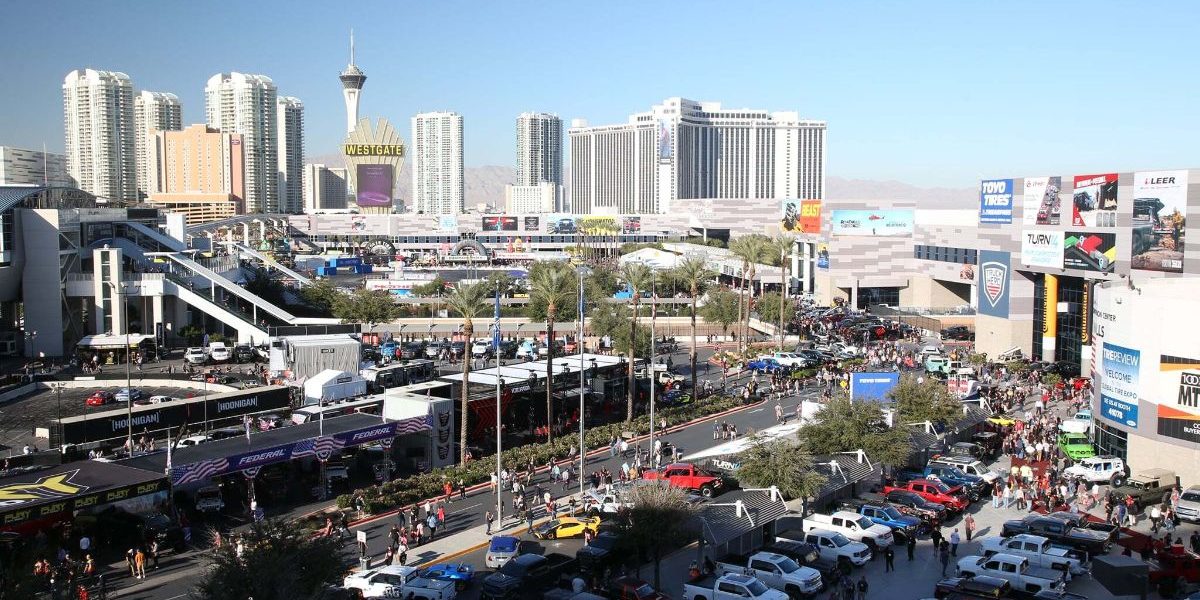 DIAMOND BAR, Calif. (October 25, 2021)– The annual Specialty Equipment Market Association (SEMA) Show kicks off on November 2, 2021, at the Las Vegas Convention Center in Las Vegas, Nevada, and runs through November 5. More than 1,300 exhibiting companies are signed up to participate and, to-date, nearly 50,000 buyers have registered to attend.

The SEMA Show is the annual trade show for the automotive aftermarket industry and is one of the largest gatherings of small businesses in the United States. This year’s show has expanded its footprint to include exhibit space in all four Las Vegas Convention Center halls, including the newly constructed West Hall – a 1.4-million square foot facility that will be used to enhance the attendee experience. The show features thousands of new products along with never-before-seen vehicle debuts from major OEMs, custom vehicle unveilings from leading customizers and coachbuilders and a host of celebrity appearances throughout the week.

“Businesses are eager to reconnect at the SEMA Show,” said Tom Gattuso, SEMA VP of events. “Participants at this year’s SEMA Show will be able to see thousands of new products in a way they haven’t been able to do in nearly two years. With product demonstrations, interactive exhibits and in-person meetings, the SEMA Show will provide manufacturers and resellers an opportunity to accelerate their business.”

Other highlights of this year’s show include the largest collection of Chip Foose-built vehicles featured in a special corral that highlights some of the most influential and important vehicles created at Foose Design; a display of over 50 off-road racing vehicles ranging from motorcycles to trophy trucks in SCORE’s Baja 1000 Experience; and interactive driving demos including the return of the Hoonigan Burnyard Bash in the Silver Lot and the “Ford Out Front” experience which features drift and off-road vehicle demos.

Featured Events at the 2021 SEMA Show:

New Products Award Breakfast
Jay Leno will help kick off the 2021 SEMA Show as the featured guest of the New Products Breakfast on Tuesday, November 2. Registration is free, however seating is limited.

SEMA Electrified
Nearly a dozen vehicles and products designed for modifying electric vehicles or converting vehicles to electric will be featured in this dedicated area of North Hall. First introduced in 2019, SEMA Electrified helps attendees discover and understand this fast-growing market segment.

SEMA Overland Experience
As overlanding continues to grow in the United States, the expanded SEMA Overland Experience will feature industry experts identifying key opportunities and trends that can add new profit centers for aftermarket businesses. Products on display will include rooftop tents, awnings, portable kitchen systems and much more.

SEMA Launch Pad
The ultimate product pitching competition for aftermarket industry entrepreneurs, the 9th annual SEMA Launch Pad saw a record-high number of applications of new automotive-related products and services. The top five candidates will pitch their business ideas at the 2021 SEMA Show, with the top two competing live on stage during the SEMA Banquet for a chance to win a grand prize package valued up to $100,000.

Battle of the Builders
The SEMA Battle of the Builders® competition shines the spotlight on the amazing talents and craftsmanship of builders that bring their custom vehicles to the SEMA Show. It allows enthusiasts and fans a chance to learn the stories behind the builds, get to know the builders and be inspired along the way. The competition unfolds at the SEMA Show, with the 40 finalists announced on Tuesday, Nov. 2, followed by the Top 12 on Wednesday, Nov. 3, and the winner announced Friday, Nov. 5.

SEMA Cruise and SEMA Ignited
The SEMA Show culminates at SEMA Ignited, the official after-party which launches immediately after the show ends. More than 1,000 vehicles will depart the Convention Center at show close on Friday, November 5, thrilling thousands of fans along the SEMA Cruise to SEMA Ignited. The annual event is free to all credentialed Show attendees and is also open to the public, giving consumers the chance to glimpse some of the vehicles and excitement from the Show.

For more information or to register to attend the 2021 SEMA Show, visit www.semashow.com.

About SEMA and the SEMA Show
The SEMA Show is a trade show produced by the Specialty Equipment Market Association (SEMA), a nonprofit trade association founded in 1963. Since the first SEMA Show debuted in 1967, the annual event has served as the leading venue bringing together manufacturers and buyers within the automotive specialty equipment industry. Products featured at the SEMA Show include those that enhance the styling, functionality, comfort, convenience, and safety of cars and trucks. Additional details are available at www.semashow.com or www.sema.org.