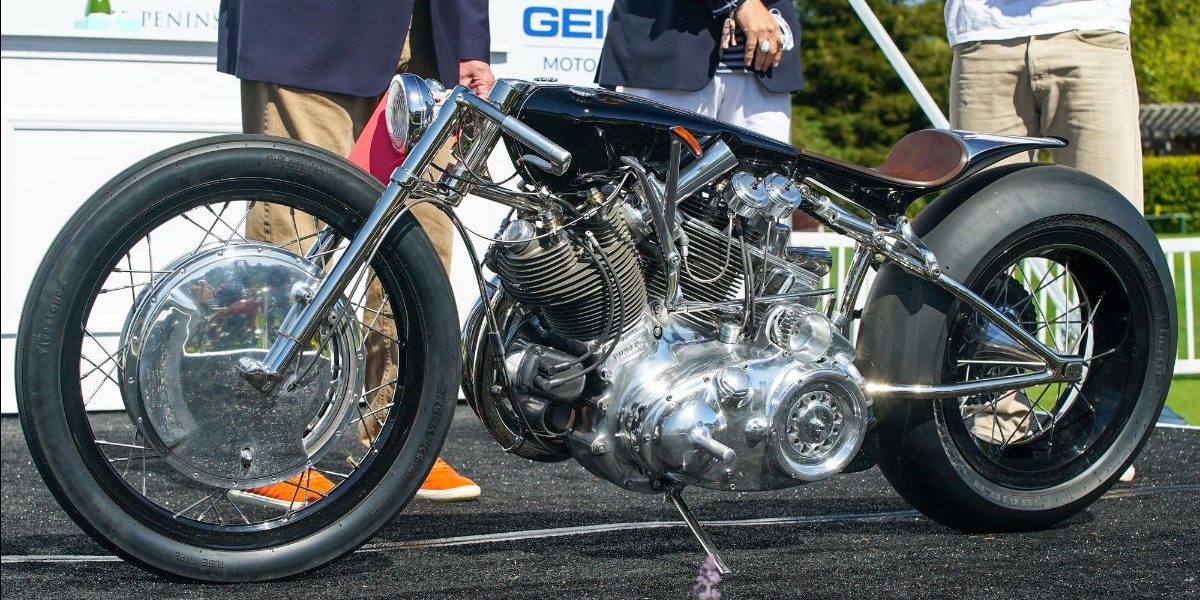 Attended by nearly 3,200 people from around the world, the annual event included appearances by icons of motorcycle racing heritage and future design, a unique selection of local food and beverages, and a stunning display of the rarest, fastest, and most iconic motorcycles of the last hundred years.

Carmel, Calif. (May 14, 2022) – A 1951 Vincent Rapide owned by Max Hazan was awarded “Best of Show” out of 250 entrants today at The Quail Motorcycle Gathering presented by GEICO Motorcycle. Nearly 3,200 spectators gathered on the lawns of Quail Lodge & Golf Club for the show’s highly-anticipated awards ceremony recognizing the most significant bikes in motorcycling history.

“The success of this year’s The Quail Motorcycle Gathering was truly overwhelming,” said Gordon McCall, Director of Motorsports for The Peninsula Signature Events. “From the immense support of our incredible sponsors to the amazing spectators and the diverse demonstration of remarkable motorcycles and classic cars, we are so proud to have come back stronger than ever and are excited to see what 2023 will bring.”

In addition to the “Best in Class” awards given in each of the above categories, the following top honors were announced:

The event also showcased five featured displays unique to this year’s show. The first of these, the Two-Stroke “Braaaps” display, showcased a curated group of the finest examples of both on- and off-road pre-mixed motorcycle superstars. Standout examples from this class included a 1986 Suzuki RG500 Gamma from Matt Torrens of California, 1981 MAICO MC490 from Paul Griffin of California, and 1995 Aprilia RS250 from Marty Musso of California – all of which were built by several of the best-known manufacturers in the world.

Other featured classes highlighted the late-1950s “Mini-Bike” craze with new versions by several manufacturers, a group of Hot Rod and Classic Car four-wheeled machines new to The Quail, a range of BMW 5/ Series most legendary motorcycles, and crowd favorite, the Harley-Davidson XR750 renowned as the “most successful race bike of all time” and used by Evel Knievel.

Throughout the event, guests were given the opportunity to participate in a silent auction supporting the Monterey County Youth Museum, which included everything from golf at the Quail Lodge & Golf Club to stays at The Peninsula Chicago and New York.