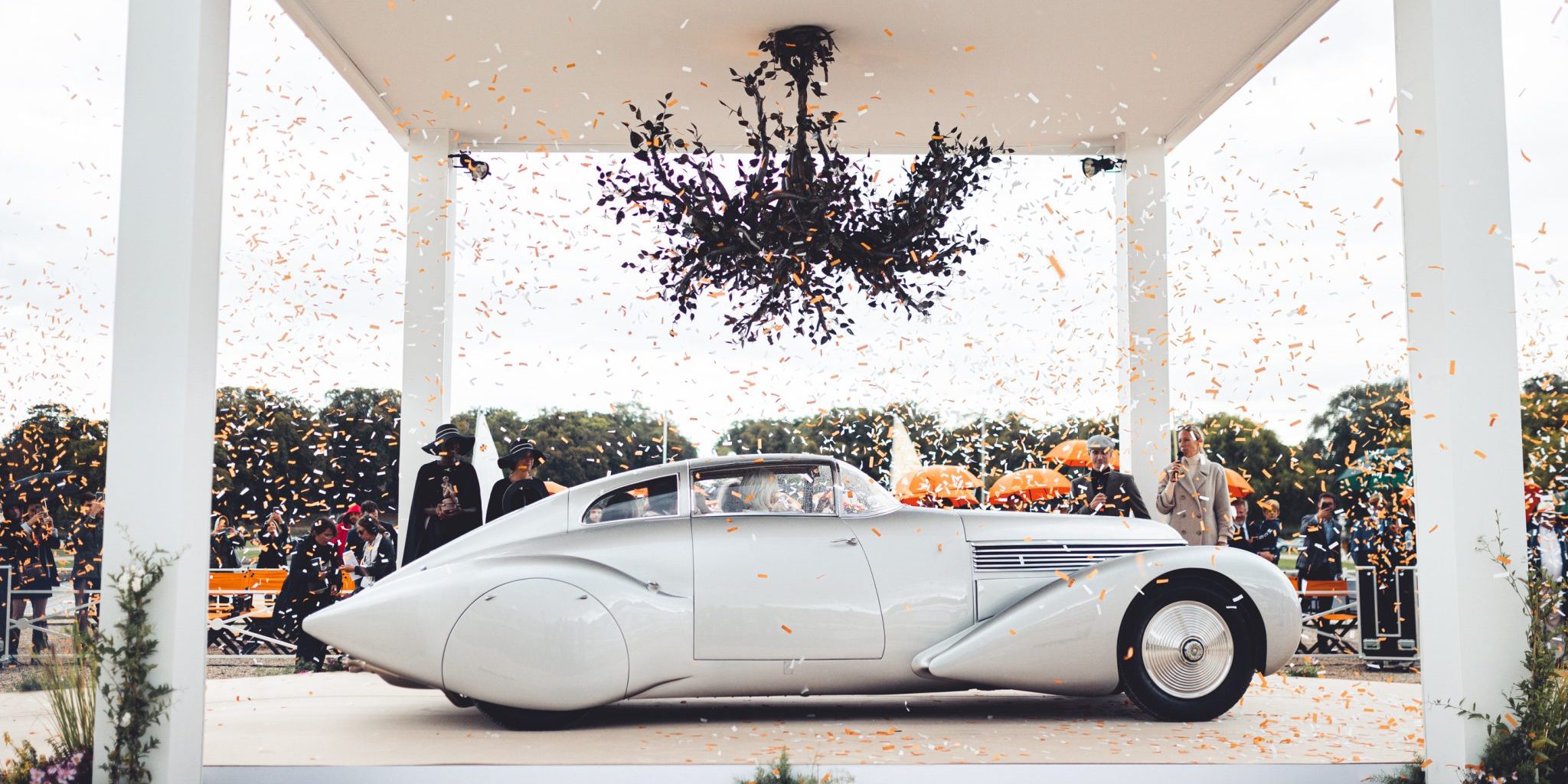 FRANCE (September 30, 2022) –  The 1938 Hispano-Suiza H6B Dubonnet Xenia from the Mullin Automotive Museum collection received Best of Show Avant-Guerre at the 2022 Chantilly Arts et Élégance Richard Mille Concours d’État in France. This is the second award in the last month the Dubonnet Xenia has earned, having won the Bridge of Weir Design Award at the 2022 Hampton Court Palace Concours of Elegance in London.

The Hispano-Suiza H6B Dubonnet Xenia is a one-of-one vehicle designed by André Dubonnet, an inventor, racecar driver and World War I fighter pilot. Dubonnet intended to build a car that showcased his aerodynamic designs and inventions, the foremost of which was a coil-spring hyperflex suspension later adopted by Cadillac, Oldsmobile, Buick and others. An H6 Hispano-Suiza engine powers the car, and the body was designed by aerodynamics expert Jean Andreau, later built and engineered by luxury coachbuilder Jacques Saoutchik. The aerodynamic design coupled with Dubonnet’s signature hyperflex suspension technology give smooth handling and the sensation of flying while driving the vehicle, evocative of the pre-war fascination with machines of flight.

“We’re grateful that Chantilly has embraced the Dubonnet Xenia while in the company of such amazing vehicles,” said Mullin Automotive Museum Founder and CEO Peter Mullin. “Nearly 85 years after it was produced, this classic vehicle continues to stand the test of time.”

The Dubonnet Xenia was put into hiding through World War II and reappeared for the first time leading the French opening of the Saint Cloud Highway Tunnel outside Paris in 1946. The car was purchased by the French Hispano-Suiza Club President and restored in the 1960s. Later on, it was acquired by Peter and Merle Mullin in 2003, where it resides under the care of the Mullin Automotive Museum in Oxnard, California.