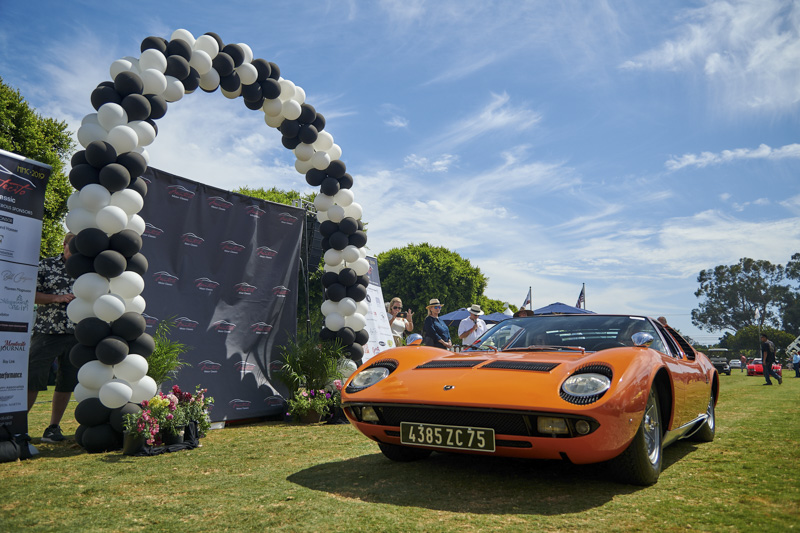 Over 5,000 spectators attended the 8th annual Montecito Motor Classic held at the Santa Barbara Polo and Racquet Club to take in over 150 exotic, classic and collector cars on display, all to support several local charities.

“Thousands of enthusiasts and hundreds of cars turned out for this year’s event and we couldn’t be happier,” said Dolores Morelli Johnson, founder of the Montecito Motor Classic. “While we are thrilled about the success of the event itself, the funds we raised will make an impact year-round, and that’s what the event is all about.”

This year’s Montecito Motor Classic was highlighted by a special class of supercars. The display included a Lamborghini Miura, Ferrari Enzo, McLaren Senna, Porsche 918, Pagani Huayra and a pair of Bugatti EB110s, among others. Outside of the supercar display, classic muscle and sports cars also lined the polo fields with spectacular examples from Chevrolet, Dodge, Mercedes-Benz, Rolls-Royce and BMW. The 1966 Lincoln Futura Batmobile also made a special appearance thanks to Barris Kustom, the original designer and builder.

The “Best of Show” 1969 Lamborghini Miura S embodies the performance and looks which define the supercar. Only 140 Miura S examples were built during the car’s three-year production from 1968-1971, making it one of the most sought-after Lamborghinis in the world. This particular car was built in 1969 and was finished in a special color called “Arancio Miura.” The car is a beautifully preserved example having even won First in Class at the Pebble Beach Concours d’Elegance in 2016.

The show was free of charge for attendees and has grown steadily since its inception eight years ago. The combination of stunning vehicles, a family-friendly atmosphere and historical sporting culture has made the Montecito Motor Classic an annual tradition for many Santa Barbara County families. Early estimates for this year’s event put attendance at over 5,000 people.

“We are proud to again be part of the Montecito Motor Classic,” said Michael Armand Hammer, of the event’s presenting sponsor – the Armand Hammer Foundation. “The cars and crowds were simply incredible and we are thrilled that such a fun event can also benefit these worthy causes. The event also wouldn’t have been possible without the generous owners of each car who came from as far as Miami to participate. Because of everyone here, this event has become a staple on California’s central coast.”

ABOUT THE MOTECITO MOTOR CLASSIC
Since its inaugural event in 2012, the Montecito Motor Classic has earned recognition as the premier automotive event in the Santa Barbara region. The event gathers a refined selection of some of the world’s finest automobiles each year to the breathtaking seaside locales of Montecito, California. For more information about the Montecito Motor Classic, please visit montecitomotorclassic.com.