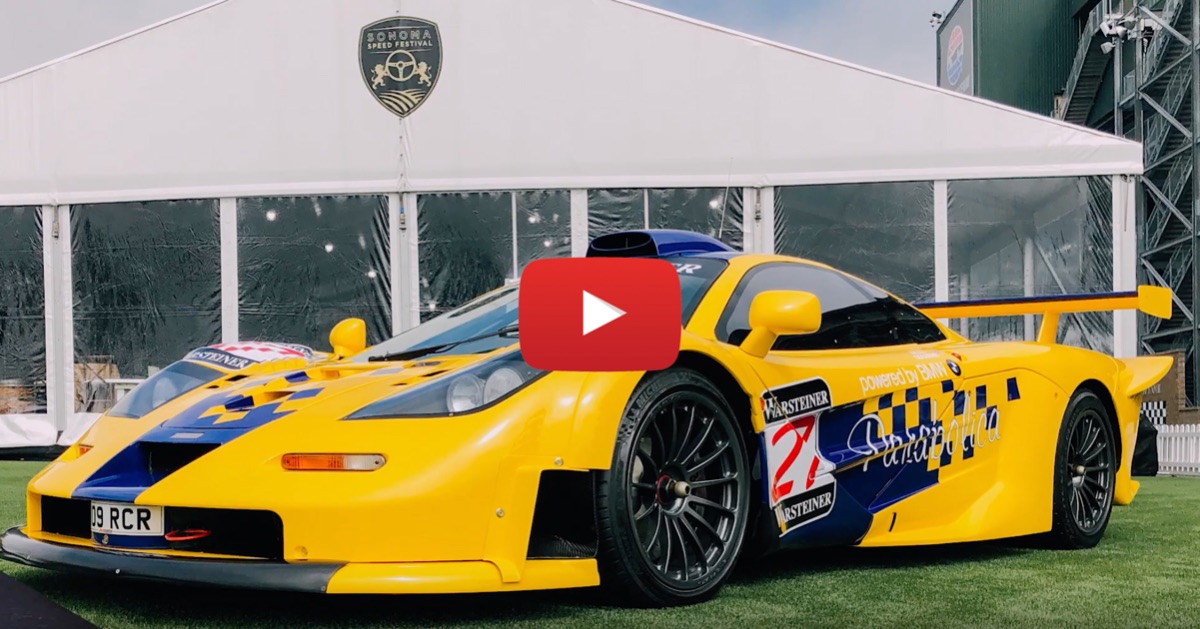 Sonoma, Calif. (August 12, 2019) – The Sonoma Speed Festival has announced its second annual event, set for May 28-31, 2020 at Sonoma Raceway in Sonoma, California. The event will feature the rarest authentic racing cars spanning the history of motorsports from the Brass Era to the modern age competing on track, along with world-class food and wine options, motorsport exhibitions, car shows and more.

The single most successful chassis in the history of Formula 1 – the 2016 Mercedes-AMG Petronas Motorsport F1 W07/04 – made several demonstration runs with team simulation and test driver Esteban Gutierrez. Thrilling the crowd, Esteban pushed his car to the limit and recorded a spectacular lap of 1:15.430 on the “full-course” configuration, breaking the lap record by over five seconds.

Outside of racing action on the track, guests will enjoy a variety of activities and displays along with a craft beer garden and the Sip & Savor Pavilion featuring wine tastings from an array of world-class California wineries with gourmet food pairings. Open air picnicking on a sprawling turf family area, curated historic vehicle displays, comedy routines by the Ragtime Racers and more make the event a must for hardcore race fans and families alike.

“Our inaugural event was a smash hit with both fans and participants,” said Ryan R. Turri, General Manager of the Sonoma Speed Festival. “We look forward to making this event even better for 2020.”

About Sonoma Speed Festival
The Sonoma Speed Festival is dedicated to highlighting the best race cars and collections from the international community and the U.S. One of the primary goals of the event is to connect the beauty and sophistication of the wine country to an event that is spectator and participant friendly while showcasing the best aspects of Northern California. For more information visit sonomaspeedfestival.com or email info@sonomaspeedfestival.com.