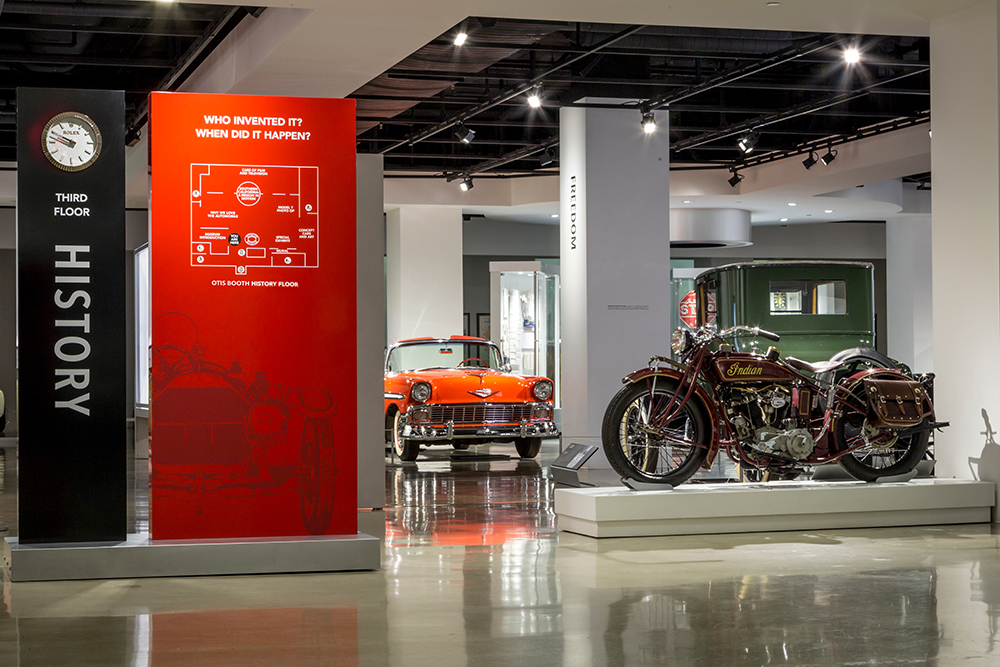 Kicking off the Petersen’s 25th anniversary, the gift speaks to the Booth Foundation’s commitment to historic preservation and will be commemorated through the eponymous naming of the museum’s History Floor

LOS ANGELES (January 2019) – The Petersen Automotive Museum has received a $5 million gift from the Otis Booth Foundation in support of the museum’s mission “to explore and present the history of the automobile and its global impact on life and culture using Los Angeles as a prime example.” The generous award marks the first gift of the museum’s silver anniversary and will include the renaming of the Petersen’s History Floor to the Otis Booth History Floor.

Supporting everything from education to the arts, hospitals and youth programs, the Otis Booth Foundation is known for its multi-million-dollar gifts to local institutions. Founded in 1967, the family foundation was created in the name of Franklin Otis Booth, Jr., known as Otis, who was a Los Angeles-based philanthropist, investor and newspaper executive.

While the Booth Foundation has funded several diverse organizations, its support for public education groups stands out. Otis Booth once held the role of Chairman on the board of the Natural History Museum of Los Angeles, which played an essential role in the founding of the Petersen. His legacy to educate and inform will be honored with the renaming of the museum’s automotive History Floor, speaking to the Booth Foundation’s commitment to historic preservation in Southern California.

“We are grateful for the magnanimous support given to us by the Otis Booth Foundation in honor of its namesake Otis Booth, whose passion for the conservation of historical artifacts resonates with us deeply,” said Petersen Automotive Museum Executive Director Terry L. Karges. “As we move into our silver anniversary, this gift inspires us to take stock and give back to our community by continuing Otis Booth’s vision and legacy.”

ABOUT THE PETERSEN
The Petersen Automotive Museum Foundationis a non-profit 501(c)(3) charity. The Museum is located at 6060 Wilshire Boulevard (at Fairfax) in Los Angeles, California, 90036. Admission prices are $16 for general admission adults, $14 for seniors, $11 for children ages 4 to 17. Active military with ID, personal care attendants and children under four are admitted free. Museum hours are 10 a.m. to 6 p.m. For general information, call 323-930-CARS or visit www.Petersen.org.